As the COVID-19 epidemic continues to ravage many countries, including the United States, China has announced that it will make millions of doses of its Sinopharm vaccine available for free to the hard-hit countries in the developing world. The announcement came as the World Health Organization declared the Sinopharm vaccine safe and reliable in fighting the virus. 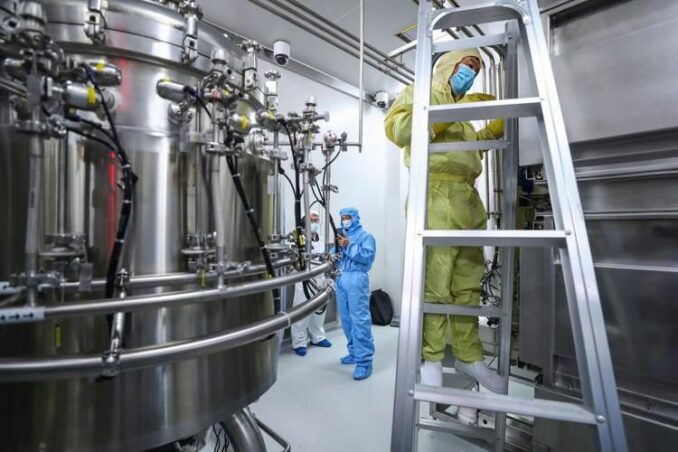 This is all the more remarkable when it is remembered that People’s China itself is still considered to be a developing country and that the pandemic broke out there first. Because of the virus, its economy contracted for the first time in 2020.

Since January, however, it has rebounded by 18%. It is now in the position of being able to help others combat this terrible disease.

At the beginning of April, Tedros Adhanom Ghebreysus, Director General of WHO, revealed that while 1 in 4 people in rich countries had received a vaccine, only 1 in 500 living in poorer countries had gotten a dose. China stepping into the breach now is a big step toward global vaccine justice.

China and India are the two most populous countries in the world. India, with more than 22 million cases, is now second only to the U.S. (33.5 million) in total numbers of coronavirus cases.

China, with almost the same number of people as India, is in the amazingly low position of 96th in the world with just 90,769 cases. (worldometers.info/coronavirus/#countries)

These remarkable figures are testimony to the differences in social systems resulting from great revolutionary upheavals in the past. The success of the Chinese Revolution in 1949, under the leadership of Mao Zedong and the Chinese Communist Party, laid the basis for the reorganization of a country that had been mired in semifeudal relations, reinforced by Western imperialist penetration and domination.

The 1949 socialist revolution made it possible for China to not only tackle and overcome the deep poverty that once prevailed among its own people, but to now help others who still suffer from imperialist-imposed underdevelopment.

While such a revolution may now appear to be a distant prospect in the United States, the contradictions that make social change not only possible but inevitable are piling up here. The very fact that the U.S., long the richest large country, now leads the world in coronavirus cases is bound to raise consciousness and spur on the struggle for a society based on the needs of the many, not the greed of the few.