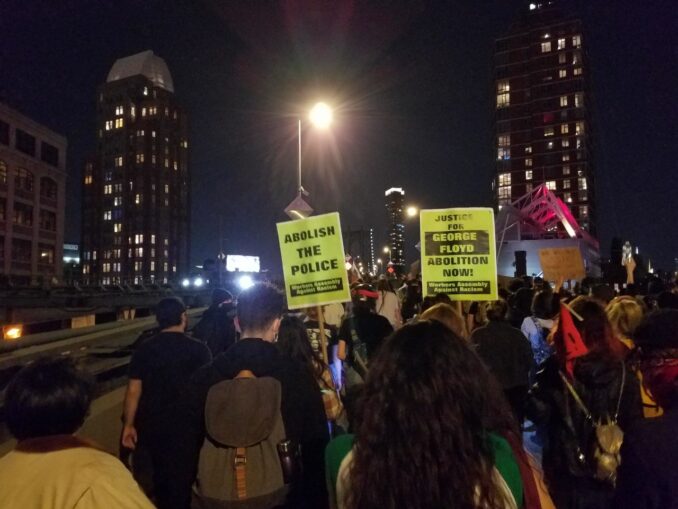 The following statement was issued on April 20 by the Workers Assembly Against Racism, based in New York City.

One killer cop in jail does nothing to address the violence and trauma that materially fills the experience of Black, Brown, and working people at the hands of our bloated, militarized police force.

Derek Chauvin is a tool of white supremacy, along with policing and incarceration as a whole. Although we’re witnessing this tool’s public “punishment,” we cannot accept these court proceedings as the threatrical interpretation of “justice” that the state so fervently desires.

Chauvin’s conviction for a murder caught on camera isn’t proof that the justice system works nor is it proof that cops and policing protect us. We know this. With the most recent police murders of both 13-year-old Adam Toledo in Chicago and 20-year-old Daunte Wright near the same Minneapolis neighborhood where Chauvin ended Floyd’s life—we know this.

One bad man locked away where we can no longer see him will not deliver abundant funding to currently terrorized communities; it will not deliver loving psychological care to children and adults traumatized by these cultural norms. And it certainly won’t exhume the irretrievable loss of life rendered not only by killer cops, but by the justice system they uphold that deliberately criminalizes the effects of poverty and thrives on separating living people from their communities via gratuitous and systemic incarceration.