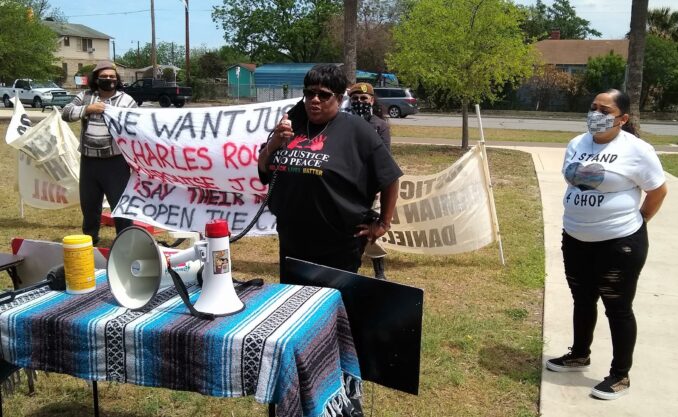 San Antonio — Black Lives Matter activists in San Antonio came out April 16 and 17 to demand an end to police killings of Black and Brown people, nationally and locally. The first demonstration, sponsored by the San Antonio Coalition for Police Accountability, Fix SAPD and others, was focused on Proposition B. This referendum on the May 1 ballot would cancel collective bargaining rights for so-called police “unions,” eliminating contract provisions that shield cops from discipline or firing — even for the most horrendous acts.

Activists, including members of several unions, picketed outside the San Antonio Central Labor Council’s meeting. Shamefully, the SACLC opposes Prop B — to the point of going door to door to urge people to vote it down. That very day, San Antonio cops had killed two people sitting in their car during a traffic stop.

The scores of people gathered at a park in the Black community to demand justice for Daunte Wright and Adam Toledo, along with all the San Antonio Police Department’s victims.

— Report and photo by Shelley Ettinger