The following statement was released April 20 from the United Nations Human Rights Office of the High Commission concerning the practice by the Pennsylvania Department of Corrections of shackling of political prisoner Mumia Abu-Jamal during his recent and current periods of hospitalizations. Read the statement at tinyurl.com/c7smdu24.

GENEVA (April 20, 2021) — U.N. human rights experts* expressed serious concerns about the treatment and welfare of Mumia Abu-Jamal, an African-American man, who has been in jail for 40 years in Pennsylvania and is reportedly shackled to his hospital bed. Mr. Abu-Jamal had already been shackled to his bed during a four-day hospitalization in late February while being treated for heart failure. 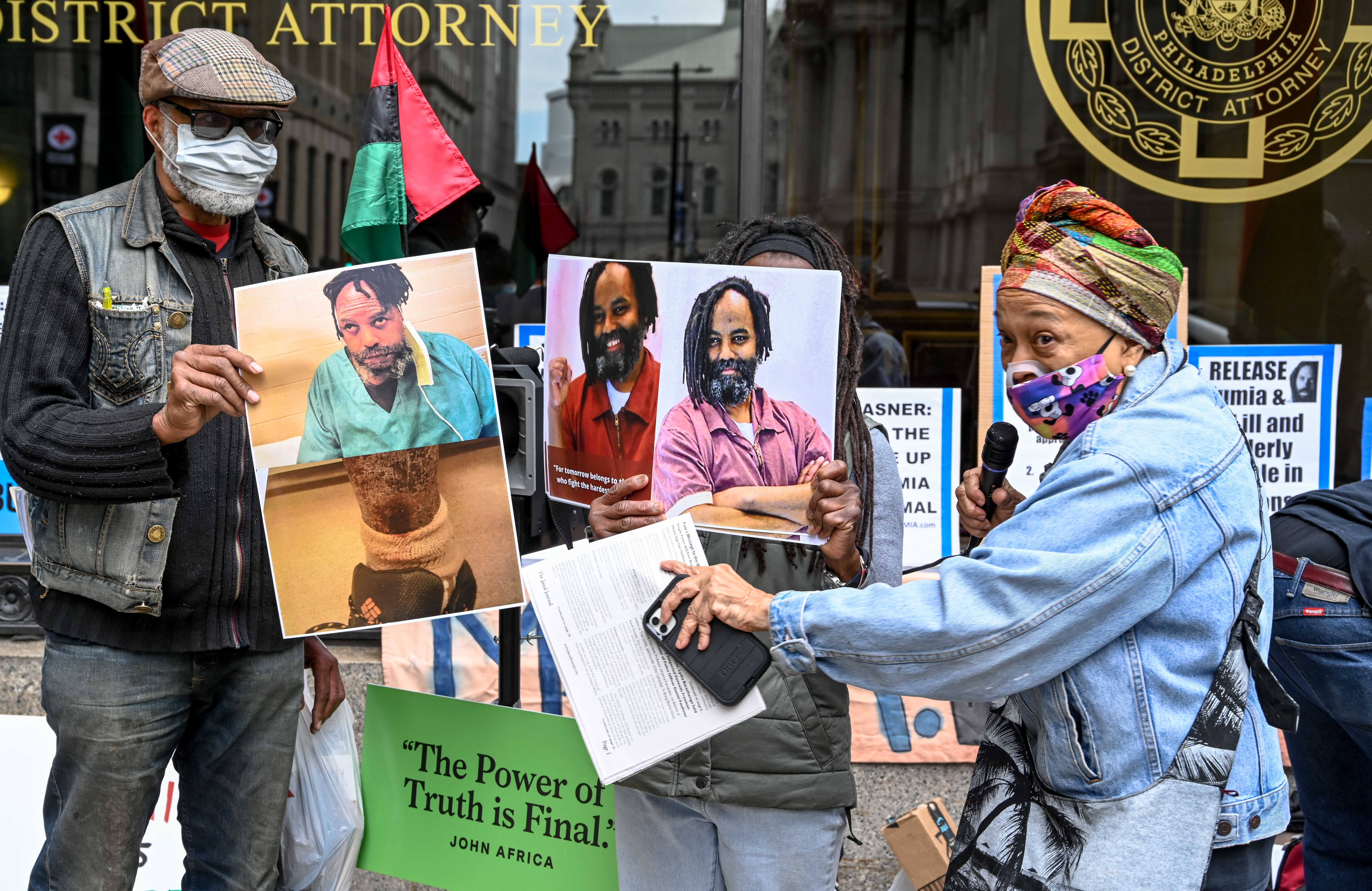 Mr. Abu-Jamal has been denied visits from his family and access to his lawyers and spiritual advisor after being admitted to an undisclosed hospital around April 10, where he will reportedly undergo surgery. “This ongoing and continuing cruel, inhuman and degrading treatment, including deliberate disregard of his dignity and inhumane conditions of confinement, is a clear violation of Mr. Abu-Jamal’s most fundamental rights,” the experts added. Neither his family nor lawyers have been informed of his medical condition and treatment.

“The use of shackles during his hospital stays is deplorable and causes Mr. Abu-Jamal additional and unnecessary suffering,” said the experts. “International standards on the treatment of prisoners clearly stipulate that instruments of restraint are to be imposed only when no lesser form of control would be effective to address the risks posed by unrestricted movement.”

As well as a chronic heart condition, Mr. Abu-Jamal, nearing 67, suffers cirrhosis of the liver caused by Hepatitis C, hypertension and a severe skin condition. In late February, he was also diagnosed with COVID-19.

“We are concerned that the medical condition of Mr. Abu-Jamal could be linked to years of medical neglect by the Department of Corrections of the state of Pennsylvania,” the experts said. “This situation may also be the result of racial discrimination against people of African descent by prison and state authorities.

“We call on the authorities to take all urgent measures to protect the physical integrity, life and dignity of Mr. Abu-Jamal, in line with international human rights obligations.

“We also call on the authorities to urgently address allegations of discrimination, including racial discrimination, in the medical treatment of prisoners in Pennsylvania and to take all necessary measures to protect the physical integrity and life of all detainees, in particular older prisoners and prisoners with disabilities who seem to have been disproportionately affected by COVID-19,” the experts added.

Mr. Abu-Jamal, a former activist and journalist, was charged with the murder of a police officer in 1981. He denies the charges.

The experts have written to the Government to express their concerns.