Workers World: When did you first hear about the frame-up of Mumia Abu-Jamal? 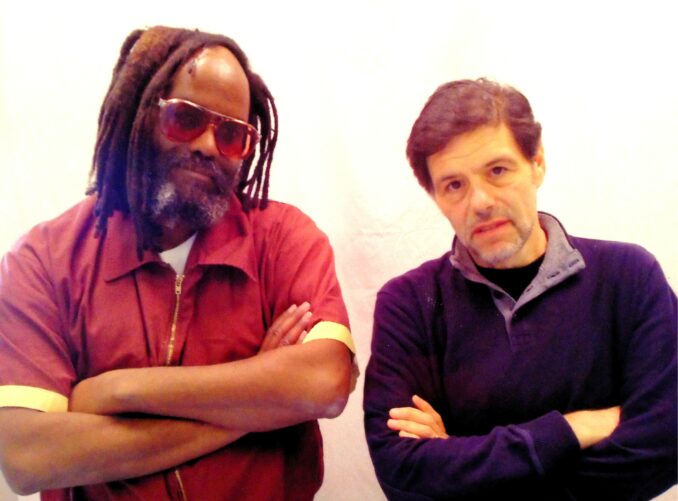 Stephen Vittoria: In 1981, I was living and working in Los Angeles and was completely unaware of Mumia’s case. In many ways I feel like I was there and actually lived it, because of all the unofficial research I did in the mid-1990s, and then because of all the heavy duty “official” research I did when making the documentary “Mumia: Long Distance Revolutionary.” Your mind plays games with you, like “I remember watching the TV reports,” or “I remember reading stories in the paper.” In reality, I was a blank slate.

Unsurprisingly, the Philadelphia press and media lived up to — or should I say, stooped down to — levels that would make [the Nazi filmmaker] Leni Riefenstahl blush. When you read the gibberish that was passed off as “reporting” or “journalism,” it’s glaringly inept, blatantly racist and overtly one-sided. Clearly, the press were willing lapdogs for the state and operated as Xerox machines for Ed Rendell, Joseph McGill and the rest of the pathetic and dangerous minions manufacturing Mumia’s guilt, including the hanging judge, Albert Sabo, who must have prayed at the feet of [Chicago 8 judge] Julius Hoffman.

When you read the coverage in historic context now, you can only categorize the Philadelphia press, and later the national press, as nothing more than stenographers and an echo chamber for the state. Like Bob Dylan wrote in the song Hurricane, “Couldn’t help but make me feel ashamed to live in a land where justice is a game.” And not just a game, but an utter and complete fabrication of the so-called facts and events that transpired on Dec. 9, 1981.

WW: How did you get to know Mumia?

SV: My first interaction with Mumia’s work was with the release of his first book, “Live From Death Row.” I remember there was a buzz around the book, because this treatise arrived from the bowels of America’s prison complex and was offering firsthand and personal insight from a prisoner on Death Row.

His journalism offered powerful dispatches from inside America’s prison nation — one existing within the confines of a country that espoused liberty and freedom for all but instead delivered oppressive chains, not only to an exploding prison population but also to the massive poor and disenfranchised population throughout America.

And all you had to do was read one page, and you instinctively knew that Mumia and the book would not disappoint. I was mesmerized by his ability to take epic themes and historic moments and make them personal, not only for himself and fellow prisoners but more importantly for his reader.

And that’s an important point: Mumia rarely focuses on himself and his case in his books and commentaries. He expands the vision and fights for all people oppressed and in need — whether in prison, on the streets or even in this country. Like Thomas Paine, Mumia is a citizen of the planet.

With everything stacked against our success writing and launching this book, most of all the practical issues inherent when one author is incarcerated on Death Row and the other is roaming around free, it was our camaraderie and singular vision and voice that drove us to the finish line.

WW: “Murder Incorporated Vol. 1” begins with the arrival of colonial forces in North America. What was it like going through U.S. history with Mumia and analyzing how the U.S. became the global imperialist terror that it is today?

SV: Analyzing the myth and reality of U.S. history is like dissecting a master’s magic trick. The sleight of hand or lies are so deep and so entrenched — and so embraced by the American public — that we both felt like we needed to go deep beneath the surface of spin and unearth the ugly reality of murder and mayhem, not to mention plunder and savagery that exist in service to predatory capitalism.

The books operate as a truth serum or lie detector machine unmasking genocide and land-theft, the enslavement of Africans to build the country, the laughable embrace of Providence as the guiding hand of Manifest Destiny — that shining city on a hill and, of course, American Exceptionalism at any and all costs.

It was imperative to both of us to break down the walls of lies and reveal the march of empire for what it really is: grotesque behavior supporting the 1%, to use a more modern characterization. Ultimately, our goal was to offer a diagnosis of a corrupt national pathology.

Ultimately, Mumia and I learned a great deal from each other and our combined and individual research. From the outset, “Murder Incorporated” wasn’t only an exercise in historical writing and critique on our part, it was also a massive learning experience for us as well. It was a classroom of two, and it was the best class I ever attended.

WW: What were some of the limitations you faced collaborating with Mumia while he is in prison?

SV: No doubt the prison walls offered practical obstacles along the way. Two authors collaborating on a major undertaking never having the chance to work in a room together. Never having the opportunity to celebrate a milestone or creative success together. But we knew the limitations on us from the outset; we knew the ridiculous and nonsensical rules put in place by the Department of Corrections.

During truncated phone calls, letters and occasional face-to-face visits without paperwork, we were able to generalize. But the key player here is Mumia, because manufactured guilt, concrete walls, barbed wire, loaded guns and the corrupt heavy hand of the Commonwealth can’t stop his spirit from rising, can’t stop his keen intellect from critiquing the mendacity of a murderous and racist government.

I don’t have to worry about my cell getting tossed or my writing and research getting stolen or destroyed. I don’t have to worry about the life or health of my family on the outside, not being there when my mother passed away or my daughter or many others, or assisting my legal team in a harder than difficult legal struggle, so that one day I might walk free after being incarcerated for forty goddamn years for a crime I did not commit. I don’t have any of that.

For Mumia it’s hard as hell, and yet he does it with grace, passion, poetry and always with great intelligence. Even after all these years, I stand in awe of my partner.

WW: What are the most important lessons you’d like your readers to take with them after reading “Murder Incorporated”?

SV: Lesson number one: Don’t believe a goddamn thing you read or hear about American history from guild historians, the mainstream press or your uncle at Thanksgiving. It’s all a fairytale wrapped inside a Twinkie — including Thanksgiving. It’s a colossal marketing campaign that doesn’t adhere whatsoever to “truth in advertising.”

Lesson number two: The myth is that America’s prized possessions and greatest exports are democracy and the dream of freedom. The reality, we contend, is that the American Dream is illusory, and that America’s greatest export is, in fact, murder — and along the way to the kill, it thieves, suppresses and tyrannizes.

Lesson number three: America’s favorite pastime is not baseball but murder — and let’s start calling war what it really is: murder. Not collateral damage or defense or “we got to fight ’em there before we fight ’em here.” War is murder, like the old adage: Kill one person, call it murder. Kill a million, call it foreign policy.

WW: Tell us a bit about the next volume, Vol. 3, and what readers can expect from this next installment. Will it be the final section? Do you plan on collaborating again?

SV: This volume kicks off with a foreword by Angela Davis, and we’re honored to include her contribution. And in book three, “Perfecting Tyranny,” we continue an epic recounting of the history — and the present reality — of America. Like the purported post-racial America, a myth busted six ways from Sunday, as evidenced by a Dodge Challenger flying a Confederate flag and plowing into a crowd of peaceful protesters.

Or America’s fictitious “war on drugs,” which in its ruthless reality fueled the FBI and CIA’s true-life war on the Black freedom movement, a war that produced the Prison Industrial Complex. Or the Empire’s mass surveillance security state, one in which the citizens are now anesthetized to the entire illegal and depraved out-of-control operation. Or the central myth of America’s founding that the villagers are protected by a free press actively questioning authority rather than manufacturing consent.

So book three, this final invective by your two authors, begs the question: Where do we go from here? Hopefully as a people and a nation, we don’t go from here to eternity.