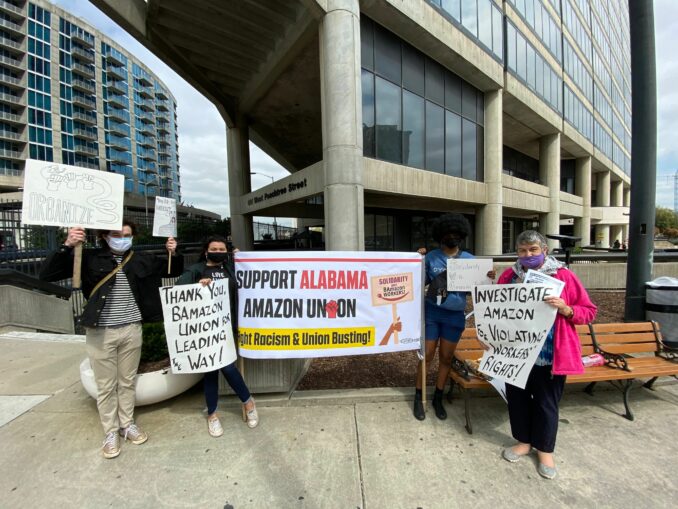 Members of the ATL Amazon Workers Solidarity Network in Atlanta, Ga., on March 30 publicly thanked the BAmazon Union for leading the way to organize the unorganized. They were gathered in front of the new office site of the National Labor Relations Board one day after the voting period ended for Amazon workers in Bessemer, Ala., to cast their ballots to join the Retail, Wholesale and Department Store Union.

With attention now turned to the NLRB to count the votes, the Network’s signs also demanded an investigation into Amazon’s numerous violations of the workers’ rights by its unrelenting union-busting tactics.