Residents here honored labor leader and United Farm Workers founder Cesar Chavez March 27 with a caravan through the East Side, led by over 25 motorcycles, dozens of Chicano lowrider cars and other cars with signs and union flags on them. They met up with a large contingent of marchers who had gathered on Cesar Chavez Blvd., led by children on bikes and walking with UFW flags. 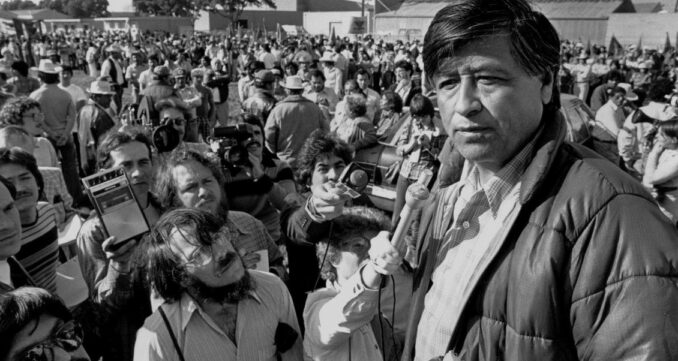 The Southeast Tejas Brown Berets organized the event, which ended with a rally at Magnolia Park, which was once the only park that Mexicanos could use in Houston. Historian Jesus Medel and poets Johnny Torres and Tonāntzin Rodríguez were among the speakers at the rally which was opened by a performance of Aztec dancers.

Food was free for all, and the low riders, motorcyclists and activists rallied together in honor of their hero. DJ Simmerdown provided music. Cesar Chavez Day is an annual U.S. federal commemorative holiday to celebrate the birth and legacy of the civil rights and labor movement activist on his birthday, March 31. During his lifetime, Chavez organized Chicano and Filipino farmworkers, opening the first struggle organizing agricultural workers in the U.S. in 1962 and using the weapon of the historic Grape Boycott in his years-long efforts.