Over 300 people gathered for a rally and march against anti-Asian violence and hatred March 25 at Vine Street Park in Philadelphia’s Chinatown. The grassroots protest galvanized people from multiple Asian American and Pacific Islander communities in the region, along with a racially diverse crowd of supporters. The crowd was overwhelmingly young people. 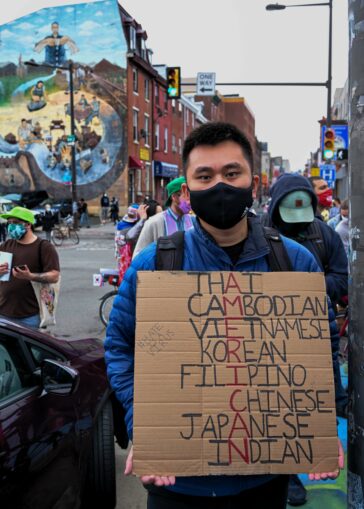 Several women described being recipients of racist and misogynist verbal and physical attacks. Mel Lee, director of the Woori Center, who read the names of the Atlanta victims to the crowd, described having flashbacks during news coverage of the shooting: “I feel vulnerable, and I do not feel safe in this country I call home.” 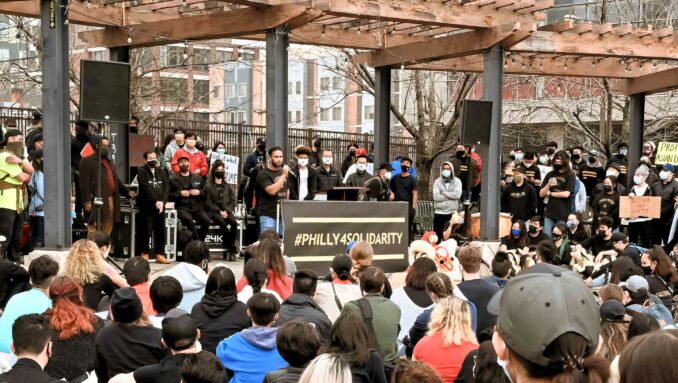 Many speakers called out for “breaking the silence” about the anti-Asian attacks that have become more prevalent over the last year from Pennsylvania and New Jersey to California. Several linked these demands to the broader upsurge against racism and police brutality that brought millions to the streets in 2020.

Some signs and facemasks carried a picture of Xiao Zhen Xie, the 75-year-old Asian woman who fought back successfully to defend herself when she was punched by a man in San Francisco.

After the rally, demonstrators marched to City Hall, chanting “Enough is enough!” and “Hate is a virus.” There protesters observed eight minutes of silence to honor the Atlanta shooting victims.

Philadelphia is home to around 120,000 Asian residents. Vine Street Park pays tribute to neighboring Asian communities’ long resistance to gentrification. The ‘History of Chinatown’ mural by Arturo Ho, on the wall of a nearby building was commissioned for Chinatown’s 125th anniversary in 1995. It depicts the early arrival of laundrymen in 1870 and subsequent history of Philadelphia Chinatown through the fight against “urban renewal” in the 1960s and ’70s. The mural marks the location where protesters — carrying signs “Homes, not highways!” — stopped bulldozers from demolishing buildings to construct the Vine Street Expressway, which now runs below the park. 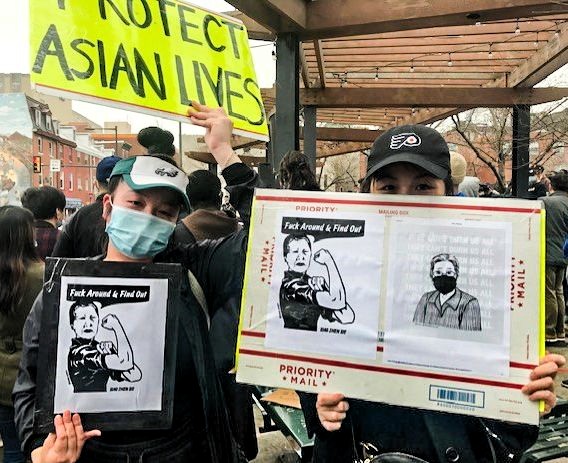