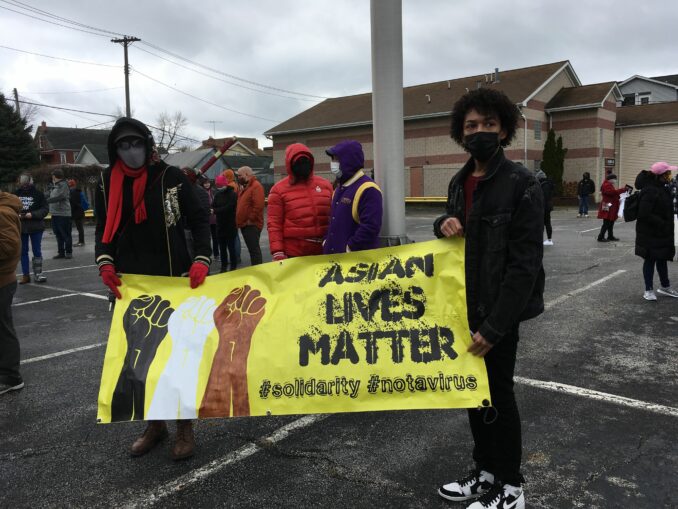 The rally was one of dozens held across the U.S. the weekend of March 27-28, some called by community groups and many by the Answer coalition, demanding an end to racially motivated attacks targeting Asians, Asian Americans and Pacific Islanders

Speakers, who addressed the crowd in Mandarin, Cantonese and English, represented the sponsoring organizations as well as the InterReligious Task Force on Central America, the arts collective Shooting Without Bullets, and City Council Ward 7 which includes Asia Town. Dr. Shemariah J. Arki of the Ellipsis Institute for Women of Color in the Academy led everyone in Assata Shakur’s chant: “We are determined to fight for our freedom. We are determined to win. We must love and support each other. We have nothing to lose but our chains.” A march through Asia Town followed the rally.