As many people reading Workers World/Mundo Obrero newspaper already know, March is Women’s History Month. In a patriarchal world and society, it is refreshing to see women finally being centered in this way. In order to guarantee full gender equality for all, it is important to shine a light on women and other people affected by misogyny.

As a cis man, I often ask myself how can I be a better ally to women? Well, obviously I didn’t figure this out alone. It took the mentorship of amazing women comrades to learn how I can fight the patriarchy and advance women’s rights. Here are several things I’ve learned along the way:

Know when to step back and boost the voices of women 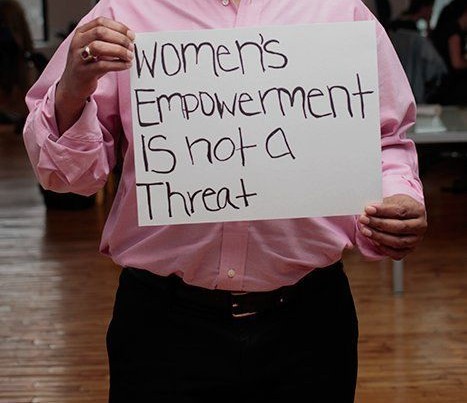 In a male-centric world, it is clear that men tend to dominate conversations and discussions. A 2013 study conducted by Brigham Young University revealed that men will dominate 75 percent of the conversation during meetings. Even in settings where at least 40 percent of leadership positions are mandated to be held by women, men are still taking up space, physically and interpersonally. (tinyurl.com/yhh6e2bh)

Even when women try to assert themselves, they are met with disdain at best and virulent hostility at worst. Another study by George Washington University showed that during a three-minute conversation, a man will interrupt a woman on average 2.1 times. (tinyurl.com/yf36gxrh, May 11, 2014 ) Men will ironically perceive women who are having equal speaking time with them as women dominating the conversation!

With this in mind, it is important for men to realize how much space we are taking up in meetings and in conversation. When a woman is speaking, please don’t cut her off. When you are done speaking, make sure to cede the floor to a woman.

Most importantly, when a woman brings up a great point, make sure to give her the proper credit. Men will often take women’s ideas and work and pass those off as their own without citing women. It is important for us as men to make sure we create a hospitable environment for women to feel comfortable and thrive.

In order to normalize gender equality, it is important for men to look up to important women figures without being stigmatized for that. Even though we still have a long way to go with regard to racial equality, inroads have been made as far as white people having people of color as role models and inspirations. It has become normalized for white people to admire people of various races.

This has not happened so far as women are concerned. Women are so devalued and dehumanized that the very thought of a boy looking up to a woman is seen as emasculating to a boy. In order to rectify this, men often choose to admire women who labor for them in various ways, often their mothers or wives.

We need to normalize women as role models. Women come in various shapes and sizes and with a multitude of different personalities. Women are not a monolith.

While there is nothing inherently wrong with heterosexual relationships, they should not be viewed as the only acceptable way to fall in love. There are numerous models for human relationships, and they all need to be seen as valid as well.

The LGBTQ+ community face violence and harassment every day from the patriarchy for daring to buck gender norms: Gay couples are harassed for publicly displaying their affection, lesbian people are routinely subjected to “corrective” rape, and trans women, especially those of color, are killed every single day for having the audacity to exist.

Cis men as a whole need to affirm trans men. Trans men frequently have a sense of uneasiness in male spaces due to constant fear of ostracization and violence. It is especially important for cis men to understand that trans men are not a threat to their manhood, and that there is no wrong way to be a man.

Even though more men have become open to the idea of gender equality, when it comes to interpersonal relationships with women, traditional dynamics regarding heterosexual relationships still remain.

In this era, women still do twice as much domestic labor as men in hetronormative relationships. In developing countries, the figure rises to four times as much as men. According to one estimate by Oxfam in 2019, if women were to be paid for their otherwise unpaid domestic labor, they would earn almost 11 trillion dollars. Mind you, this is assuming women were being paid minimum wage for their labor. (tinyurl.com/ygu6f2d2)

The ongoing COVID pandemic has shone an even greater light on the work women have to undertake in addition to their paid jobs. With both men and women working from home, women still find themselves doing the brunt of the labor. In order for women to be able to realize all of their goals and aspirations, changes in gender relations need to start from the home. Men need to shoulder more domestic responsibilities when it comes to house maintenance, childcare and other related activities.

Historical materialism shows that the traditional dynamic of men working outside the home and women working inside the home is outdated, given the current development of technology. Therefore, flexibility in gender roles is achievable.

In addition to domestic labor, women are often called upon to provide the brunt of emotional labor. The average man tends to bond with his male friends over shared interests, whereas the average woman bonds with other women through emotional matters. Not willing to express their emotions with other men, men will often turn to women for emotional healing. For instance, without an emotional safety net outside of marriage, men are often quicker to remarry after divorce than women.

In order to lift this sort of responsibility from women, men need to create spaces and cultivate relationships that are conducive to the open expression of emotion. In addition to freeing women of this labor, men will also benefit psychologically and emotionally. There is the possibility of a lessening of violence since men will have a healthy outlet to express their feelings.

Even though we’ve come a long way in the fight for gender equality, we still have a long road ahead of us. Women can only do so much! It is up to us as men to pull our own weight in order to create a world where women can thrive.