A videotape shows 17-year-old Kendrick Johnson walking down a hallway and entering the gym in the Lowndes County High School in Valdosta, Ga., eight years ago on Jan. 10, 2013. That night his mother, Jacquelyn Johnson, called the emergency number 911 to report that her son had not come home from school.

On Jan. 11, Kendrick’s lifeless body was discovered, head down inside an upright 6-foot-high, rolled-up gym mat. His body was wedged in tightly, and his face was swollen beyond recognition. 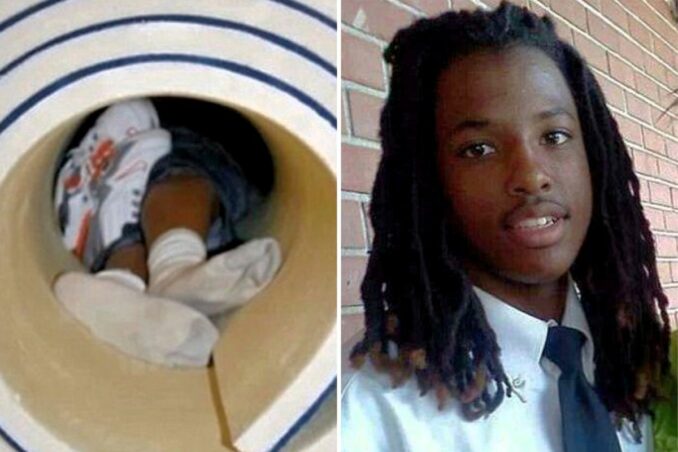 The local preliminary investigation and autopsy concluded Kendrick’s death was accidental due to positional asphyxia. His upside-down position caused his lungs to fill with fluid, so he wouldn’t have been able to breathe. The officials theorized that the African American youth had been trying to retrieve his sneakers that somehow had fallen into the mat opening, and that he had squeezed into the narrow space and couldn’t get out.

Jacquelyn Johnson and Kenneth Johnson, Kendrick’s father, rejected that conclusion. They knew their son had been repeatedly attacked and harassed by known white students and that the school had not taken action despite the Johnsons’ complaints.

Many members of Valdosta’s Black community shared the Johnsons’ doubts about the local investigation and joined in multiple demonstrations and rallies, demanding “Justice for KJ.” The movement spread across the state and beyond.

The Johnsons suspected their son had been murdered. Their suspicions gained traction when a second autopsy paid for by the family found indications of “a non-accidental blunt force trauma on his neck near his carotid artery.” The autopsy made another shocking discovery — Kendrick’s body had been stuffed with newspapers. All the internal organs from his pelvis to his skull were missing.

CNN reported on Oct. 10, 2013, that the funeral director said the internal organs had been “discarded by the prosecutor before the body was sent back to Valdosta.”

But the Johnsons persisted in demanding answers.  Two years later, the Department of Justice launched a federal investigation to determine if Kendrick’s civil rights had been violated. However, in June 2016 the DOJ stated that their investigation did not have sufficient evidence “beyond a reasonable doubt” to charge anyone with a federal crime. But it must be noted that murder and manslaughter are not federal crimes.

The DOJ collected 17 boxes of documents, videotapes, crime scene photos and more evidence, which have been released to Lowndes County Sheriff Ashley Paulk, who announced on March 10 that he was reopening the case. Paulk had not been involved in the original investigation and has publicly said the community has questions about Kendrick’s death that deserve to be answered.

The Johnson family is hopeful that after eight long years they might find out the truth about how their son, Kendrick Johnson, died.