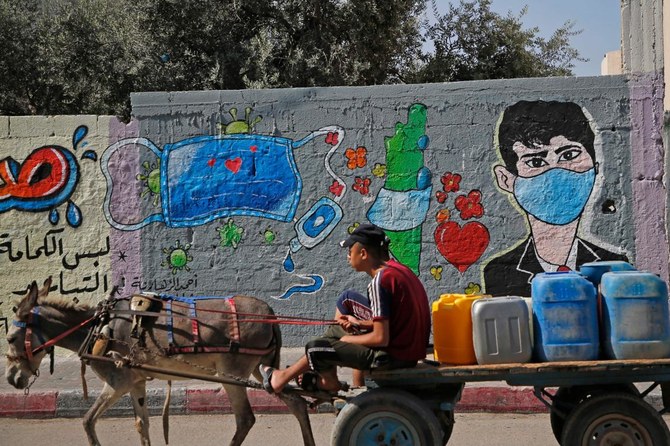 Matthias Kennes is a registered nurse who works with Doctors Without Borders/Médecins Sans Frontières (MSF) COVID-19 response in Hebron, in the Israeli-occupied West Bank. He wrote on Feb. 22: “The internationally acclaimed COVID-19 vaccination success of Israel has a dark side: the consequences of which are being felt cruelly in the West Bank Palestinian territory where I work and the blockaded Gaza Strip where my MSF colleagues work.”   (tinyurl.com/y7tcyjxx)

As of the date of Kennes’ statement, Israel had administered the first vaccine dose to nearly 4.2 million people, some 50% of Israel’s population, and had given first and second doses to 2.8 million people, about 30% of its population. This includes 450,000 Israelis living in illegal settlements in the West Bank.

According to Kennes, about 35,000 doses of Sputnik V and Moderna vaccines have been made available to Palestinians in the West Bank and Gaza. There aren’t even enough doses in the West Bank for health care workers, the elderly and people with serious medical conditions. Kennes says a person is “over 60 times more likely to have a vaccination in Israel than in Palestine.”

Article 56 of the Fourth Geneva Convention requires Israel, as the occupying power in the Palestinian territories, to provide medical supplies, including preventative measures, to stop the spread of contagious epidemics. The Zionist state is overtly violating this protocol.

On March 6, one week after COGAT, which is Israel’s military branch that oversees the Palestinian territories, agreed to vaccinate 100,000 workers, officials announced they were postponing the vaccinations until further notice. They were intended for Palestinian residents of the West Bank who work inside the Zionist state. Due to this callous decision, these unvaccinated workers are prohibited from entering Israel to go to their workplaces. (Al Jazeera, March 6)

Israel has blocked delivery of Russian Sputnik V vaccines, which were designated for prisoners in Gaza. Five million Palestinians live in the West Bank and Gaza. Israel’s denial of lifesaving vaccines to the vast majority will result in countless deaths. Currently, new COVID infections and death counts are on the rise in Palestine. (Worldometer, March 8)

Even before the pandemic, health care was scarce in occupied Palestinian areas.  Palestinians living in the West Bank must obtain travel permits to enter Israel for medical care, but they are frequently turned down. And the Israeli military bars Gaza’s Palestinian residents from leaving for any reason.

According to the Borgon Project’s website, 300,000 Palestinians lack access to adequate health care in the West Bank. To treat their residents, Gaza and the West Bank together have only 375 ICU beds and 295 ventilators. Further, Israel has denied construction permits needed to build medical facilities in Gaza.

Not only is the Israeli state denying vaccines to Palestinians, its forces are deliberately sabotaging testing and treatment programs for them. Israeli forces  destroyed a Palestinian COVID testing center in April of last year. Testing was halted in June due to lack of test kits. A month later, Israeli forces destroyed a quarantine facility in the West Bank.

All supporters of the Palestinian people and all who oppose Israel’s denial of lifesaving health care to this besieged people must raise their voices in a loud outcry!