This slightly edited article was published in Resumen-english.org. 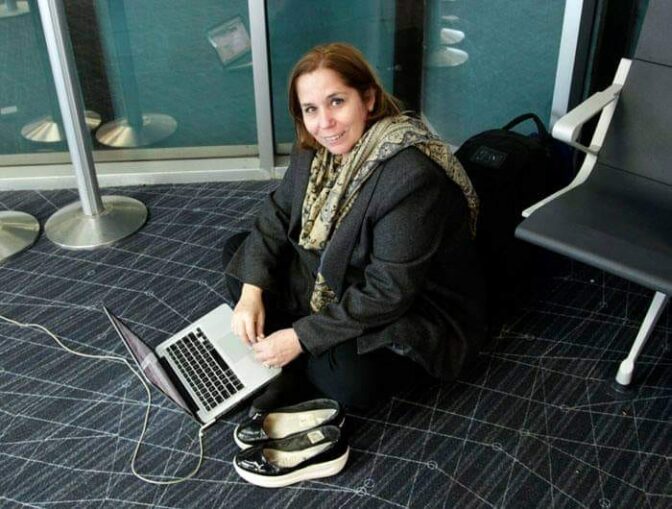 Feb. 27 – It was José Martí who said “Honor for those who deserve honor” – but he could never have imagined that the highest distinction awarded to journalists in Cuba would bear his name – [an award established] after the triumph of the revolution on the Caribbean island on Jan. 1, 1959.

In 2021, this prestigious prize of recognition has been awarded to our colleague Rosa Miriam Elizalde, whom I had the good fortune to meet in 2003 in Madrid, and with whom it was a privilege to share work in various capitals, including Havana, in the years that followed.

I will never forget when, in December of that year, on the Spanish island of Lanzarote, she interviewed the famous Portuguese writer, novelist, poet, journalist and playwright Jose Saramago. With her pen, Elizalde put an end to one of the many media campaigns against Cuba that have been repeated to denigrate the Revolution.

Nor can I forget that the “Cuban Red Rose” – as a dear friend from Madrid, a member of the same social communications profession, christened her – worked tirelessly, did not sleep, ate little, and wrote non-stop, rocking in front of her computer, as she continues to do to this day.

She is also the one who inspired another journalist of Spanish origin to dedicate part of his time to writing articles in favor of Cuba and the Great Homeland.

Admired for her professionalism, her modesty and her kindness, the “Cuban Red Rose” is one of the pioneers, if not the first, to encourage and make many people understand the need to use social networks in defense of our Caribbean nation and the just causes of Our America and the world.

In that battle she has given her all, and in fact became one of the most knowledgeable in our country about the internet and social networks, a kind of think tank from which we should all drink her knowledge, in order to face the worst of the unconventional wars waged against our country – for which the island is now very well prepared.

We must not fail to mention Elizalde’s loyalty and affection for Fidel Castro, her familiarity, her constant concern for her daughter and her nearest and dearest, and her culinary specialty, a pumpkin cream that I also had the opportunity to try on several occasions when we visited her.

From African lands, I am compelled to write these lines to congratulate the Cuban “Red Rose” for having been awarded the José Martí 2021 National Journalism Prize for Life’s Work. Undoubtedly it is worth saying the phrase of Marti: “Honor for those who deserve honor.”

Rubén G. Abelenda is a journalist and the Cuban Ambassador to Gambia.