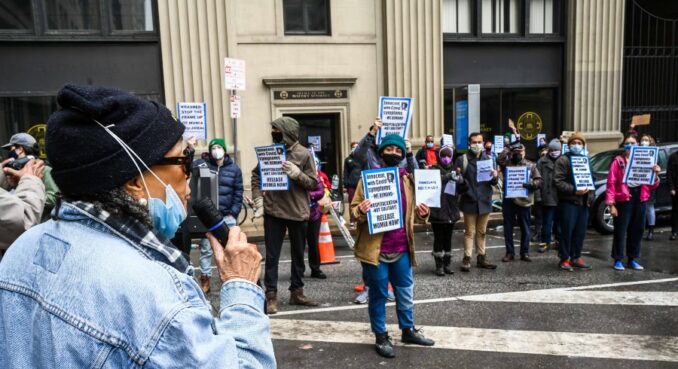 MOVE organizer Pam Africa said prison officials deny Abu-Jamal has COVID, but that he believes the virus is the obvious explanation for his symptoms.

Speakers at the rally called for the release of Abu-Jamal and all incarcerated people older than 50, as well as those like Mumia who are “medically vulnerable.” Because the Pennsylvania Department of Corrections denied Abu-Jamal vital hepatitis C treatment for years, he developed cirrhosis of the liver, which puts him at risk for liver cancer.

Supporters are urging Abu-Jamal receive treatment at a hospital or medical facility, noting that PA DOC’s response to incarcerated individuals with COVID is to isolate them in solitary confinement.

Due to mismanagement of the virus crisis, prisoners in Pennsylvania are experiencing high rates of COVID. Exempt from mandatory testing, guards and other prison staff are suspected of being the source.

Abu-Jamal’s supporters emphasize that he is innocent and should be released for that reason as well. A current call-in campaign targets DA Krasner at (267) 456-1000, PA DOC Secretary John Wetzel at (717) 728-2573 and SCI Mahanoy Superintendent Bernadette Mason at (570) 773-2158 with the demands: Immediate hospitalization, not solitary confinement — release Mumia now!