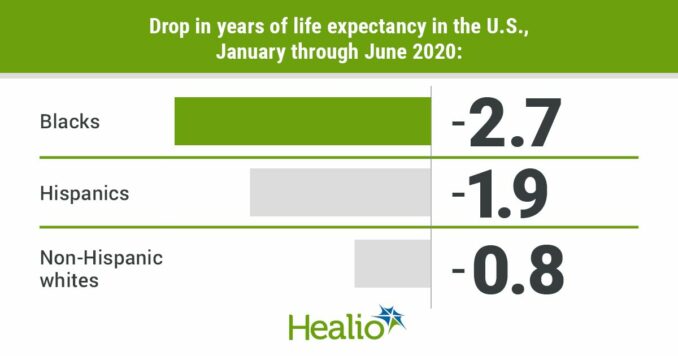 When life expectancy dropped by a few months in 2018, mainly due to opioid overdose deaths in poorer rural communities, it drew a tremendous amount of media attention. This is a much bigger drop, indicating that conditions have seriously worsened and that this pandemic has not been handled correctly.

The gaps along racial lines, which were narrowing before 2020, have widened. For whites, life expectancy fell by about eight months, while African Americans lost 2.7 years and Latinxs nearly 2 years. For African-American and Latinx men, the drop was even higher.

Dr. Reed Tuckson, founder of the “Black Coalition Against COVID-19,” spoke about these “racial disparities” on PBS NewsHour Feb. 18. He pointed out that oppressed communities are filled with essential workers doing jobs, like driving a bus, that can’t be done from home. More often than not, African Americans live in crowded, multigenerational family housing, which makes social distancing less possible. Finally, many members of these communities suffer from preexisting chronic health issues. 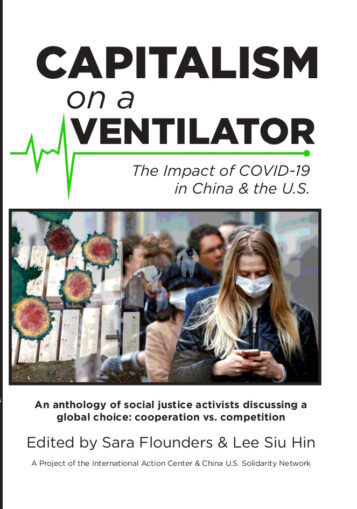 Public health, according to Tuckson, is the place that all these factors converge. To overcome this pandemic it is necessary to get at “these structural racism issues, these social determinants of health.”

Tuckson is a former commissioner of public health in Washington, D.C., and a member of the board of directors of a major hospital corporation. What was striking about his presentation on PBS was how he acknowledged the pain and suffering this pandemic has caused so many families and individuals. Parents have lost children, and families have lost their elders, who strain to get out their  last words over cell phones or through the windows of old–age homes. Or they die alone with no loved ones to ease their passing.

In New York City, during a spike in the pandemic, morgues and funeral homes filled up, and bodies had to be stored in refrigerated trucks.

“Capitalism on a ventilator,” a new anthology from the International Action Center and the China U.S. Solidarity Network, has a detailed, careful analysis of the root causes of the disastrous response in the U.S. It pushes back against the racist anti-China campaign in the media.