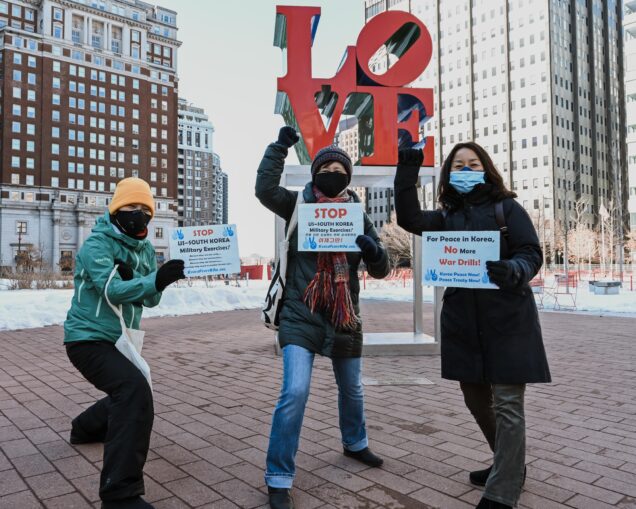 Annual U.S.-ROK (Republic of Korea) combined military exercises are costly and a major obstacle to achieving peace on the Korean Peninsula. And it’s a provocative threat against the Democratic People’s Republic of Korea.

Korea solidarity groups in the U.S. have begun a “Global Relay Rally,” in which activists from city to city photograph individuals holding signs such as “No More War Drills,” sharing the resulting graphics widely on social media.

Supporters are also being urged to sign a petition to urge the Biden administration to suspend these war drills. See tiny.cc/koreapeace.