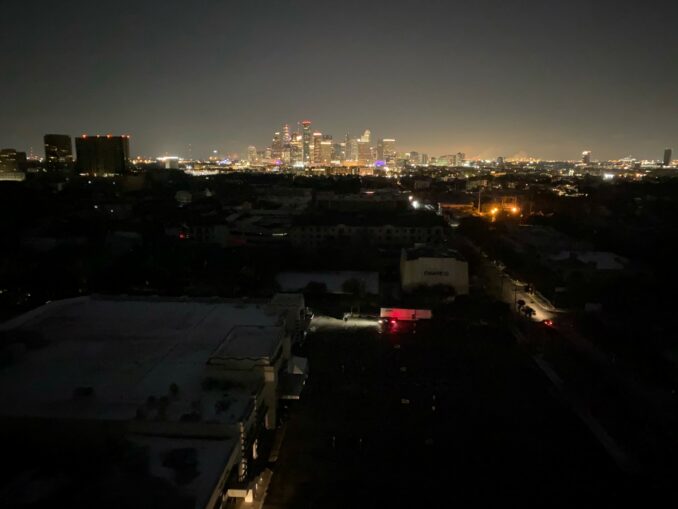 Across major cities — such as Houston, Austin and San Antonio — empty corporate skyscrapers remained lit, while millions were in the dark with no power or running water. It took public outcry to make officials power down buildings not in use and divert energy to hospitals and firefighters.

People in Texas are not only struggling to recover from this freeze, but from previous hurricanes and floods caused by global warming that produces extreme precipitation at all temperatures. This is compounded further by the COVID crisis in a state with one of the largest interlocking systems of prisons, jails and detention centers; Texas is second only to California.

Many people have frozen to death, and deaths are likely undercounted as more bodies will be found after the thaw. The Texas Tribune reported Feb. 18 that nearly half the state was experiencing water disruptions. Thousands had pipes burst from the freeze which did tremendous damage to their homes and apartments. Add boil-water notices to this, when many families could not access heat, and you’ll understand what a struggle it has been to survive.

After months of high unemployment, record evictions and 500,000 virus deaths, we have a deregulated energy sector making record profits off our misery. Billionaire owner of the Dallas Cowboys — and noted benefactor of police — Jerry Jones saw his natural gas company, Comstock Resources, Inc., score record profits. Comstock’s Chief Financial Officer Roland Burns said, “This week is like hitting the jackpot with some of these incredible prices. Frankly, we were able to sell at super premium prices for a material amount of production.” (Dallas Morning News, Feb. 17) Meanwhile, some Texans are reporting monthly electric bills as high as $17,000. (NY Post, Feb. 19)

While the people suffered, Texas Senator Ted Cruz fled to Cancun, Mexico, to provide his family with better living conditions. This, given his strong anti-migrant positions and legislative actions, is ironic to say the least. Ironic too is that Democrat Nancy Pelosi in September said of Cruz’s party: “The country needs a strong Republican Party. It’s done so much for our country.” (MSNBC, Sept. 30, 2020)

Why the Texas grid failed

In a state long held hostage by oil and gas, the power grids failed because of lack of regulation. “Texas’ secessionist inclinations have at least one modern outlet: the electric grid. There are three grids in the Lower 48 states: the Eastern Interconnection, the Western Interconnection — and Texas. The Texas grid is called ERCOT, and it is run by an agency of the same name — the Electric Reliability Council of Texas. In 1935, President Franklin D. Roosevelt signed the Federal Power Act, which charged the Federal Power Commission with overseeing interstate electricity sales. By not crossing state lines, Texas utilities avoided being subjected to federal rules. Freedom from federal regulation was a cherished goal — more so because Texas had no regulation until the 1970s.” (Texas Tribune, Feb. 8, 2011)

ERCOT’s Senior Director Dan Woodfin cited “frozen instruments at natural gas, coal and even nuclear facilities, as well as limited supplies of natural gas. Natural gas pressure in particular is one reason power is coming back slower than expected.” (Bloomberg, Feb. 15) Chris Tomlinson reported for the Houston Chronicle Feb. 18, “Texas electricity generators did not want to spend the moment to build resilient equipment because it cut into their profits.”

The compounding crises of capital in Texas illustrate that organizing economies around profits for a few, rather than what is necessary to sustain human life, comes at the violent expense of oppressed peoples.

Empty grocery shelves during the freeze were compared to the situation in Venezuela. Not mentioned is that as many as 40,000 Venezuelans have died because it is one of 39 countries sanctioned by the U.S., which makes it nearly impossible for many to access food and medicine. (SanctionsKill.org) The same entities starving people abroad are willing to let us starve at home.

The combined factors of national oppression and climate crisis produced the catastrophic disasters from hurricanes Maria in Puerto Rico and Katrina in Louisiana.

Scholar Daniel Immerwahr explains: “[In late 2017] Hurricane Maria slammed into Puerto Rico, taking out the island’s power grid, water system and communications. It also exposed the parlous state of affairs in the United States’ largest remaining colony. Although Luis Muñoz Marín’s strategy of using tax loopholes to draw mainland corporations to the island had dramatically improved Puerto Rico’s economy in the 1950s and for decades after, Congress removed those loopholes in the 1990s, triggering corporate flight, economic collapse and an exodus of employable Puerto Ricans to the mainland. By the time Maria struck, more than 60% of the island’s remaining inhabitants were on Medicare or Medicaid. Because the federal government funds those programs less generously in Puerto Rico than on the mainland, the commonwealth found itself accruing unsustainable debt to pay its bills.

“The hurricane turned crisis into catastrophe. Puerto Ricans were knocked back a century as they made do without phones or electricity. Doctors were forced to perform surgeries by flashlight, city dwellers to search desperately for clean water. Hurricane Maria struck at nearly the same time as two other storms hit the mainland, Hurricane Harvey in Texas and Hurricane Irma (which first struck the U.S. Virgin Islands) in Florida. The difference in response was palpable. Though Puerto Ricans were far more likely to die from storm damage, they saw fewer federal personnel, markedly less media coverage and only a fraction of the charitable giving.” (Immerwahr, “How to Hide an Empire,” Macmillan, 2019)

Incarcerated people were not evacuated; they were left to contend with flooded cells and floating fecal matter without relief. There is a reoccurring practice across the U.S. South to leave people in prison during disasters. Texas prisons around the Brazos River flood often; those inside are left to deal with the conditions.

Mutual aid networks in Texas were in motion long before this crisis froze the state. These networks are able to redistribute funds and supplies quicker than local and state governments, although many groups are operating at or over capacity. They are keeping people alive, while the capitalist state has left people to die.

All the government lacks is the will to quickly act — because their real function is to serve profit.

In Cuba, where the working class successfully seized the means of production in 1959, response to climate events like hurricanes is marked by preparedness and prevention of suffering.

According to Gail Reed — executive editor of the MEDICC Review, a peer-reviewed journal about health and medicine in Latin American, Caribbean and other developing countries, and a journalist who has spent more than three decades in Cuba — the Cuban Government gives local communities seven days to prepare for the worst as a hurricane approaches. Cubans practice preparedness drilling often, in every province, city, town and village.

“These constant drills are coupled with an integrated response from local fire departments, health, transportation and other vital public services. Above all, Cuba places tremendous emphasis on educating the population to keep communities and families, particularly the most vulnerable, safe.” (Telesur, Aug. 28, 2017)

Cuba, despite being under U.S. economic blockade for decades, offered to send 1,500 medical professionals to help the people of New Orleans in the wake of Hurricane Katrina. Former President George W. Bush quickly rejected the offer, letting people suffer.

We will continue to see the organized abandonment of workers and oppressed peoples in future crises. With last year having produced the greatest number of tropical storms on record in a single season, we on the Gulf Coast know it’s not a matter of if, but when the next catastrophic climate disaster strikes.

Both the Democratic and Republican parties in the U.S. are servants of capital. They have time and again demonstrated they will leave us and the Global South for dead, so capitalists can chase another dollar. We are called to meet their top-down organized violence and organized abandonment with bottom-up organization that prioritizes people over profits.