The global pandemic has disproportionately impacted incarcerated people in the U.S. In California, during the early days of the pandemic, the transfer of prisoners into San Quentin sparked a massive outbreak of COVID that spread to over two-thirds of the prison population there, causing the death of 27 prisoners, including 12 on death row. While incarcerated, Lisa Strawn worked in the prison hospital at San Quentin and contracted COVID there. She was released into the community in July 2020 while still infected. Since then, she has continued her activism for mass releases and for the rights of LGBTQ+ prisoners. This is part 2 of an interview conducted with Strawn on Dec. 30, 2020, by Judy Greenspan, a member of the Prisoners Solidarity Committee of Workers World Party. Read part 1 at www.workers.org/2021/02/54541/. 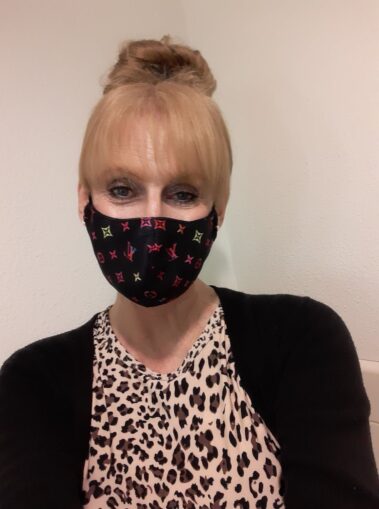 Workers World: Could you talk about contracting COVID and the general pandemic outbreak that you experienced in San Quentin?

Lisa Strawn: From the beginning, when people were starting to get sick in May, it was really bad. . . . It was the scariest time because you just didn’t know who was going to be next, whose name they were calling out. There were so many alarms, “man down” constantly, all day. The first time I tested, I actually tested with the workers, because I worked in the hospital. I worked up on the floor where a lot of the people from death row were, with medical issues. . . . I tested on June 16, and that test came back negative. Then it was the very next week, June 22, me and my cellie, he was making something to eat. And it was weird. I couldn’t smell anything. And then when I went to eat, I couldn’t taste it. But I didn’t say anything. June 22 is when they started testing North Block. . . . that’s when people really started falling out. It was unbelievable. They started moving people 20, 30, 40 at a time in a day, moving them to other units. Trying to get them out of there. [There were] so many people, they couldn’t move anybody else. There was nowhere to put them. And people were still getting sick. . . . They hadn’t even tested West Block yet. They had so many people they were moving. It was literally 500! The 27th of June was the day that they moved the last group of people out of there because they couldn’t move anybody else. . . .

My doctor, Dr. Beatty, he was up on the tier a lot. I asked him [about my retest]. He came back the next day, and he said, “You have COVID.” And I’m like, “Well, I already know that!” You know, because of the symptoms. And this was like some 12 days later that I was told. . . . At this time, you still had staff who weren’t wearing their masks, they didn’t care. But it was mandatory for us. . . . They just didn’t care. So it went, within a matter of eight days, it went from 10 to 588. . . . When they started announcing deaths, people were dying in death row.

WW: Why do you think there should be mass releases of prisoners?

LS: This is what I was gonna say about these releases . . .  So I’m a prime example of how it works. I didn’t have a violent case, but I still did 25 years straight. I was in prison a long time. [Releases] are doable. I know so many people just at the prisons I’ve been at, [who] can be released. Out of almost 6,000 people that could be released, they released, what — 58 people? That’s insane. Right? They need to speed up these [parole] board days. Especially [if] people have gotten COVID, you need to let them go. That’s trauma. That’s PTSD. You let them go.