The global working-class, Black liberation and labor movements lost a courageous fighter when Karen Lewis — former president of the Chicago Teachers Union  (CTU), who famously led a militant, seven-day strike in 2012 — passed away Feb. 7 after a long battle with cancer. 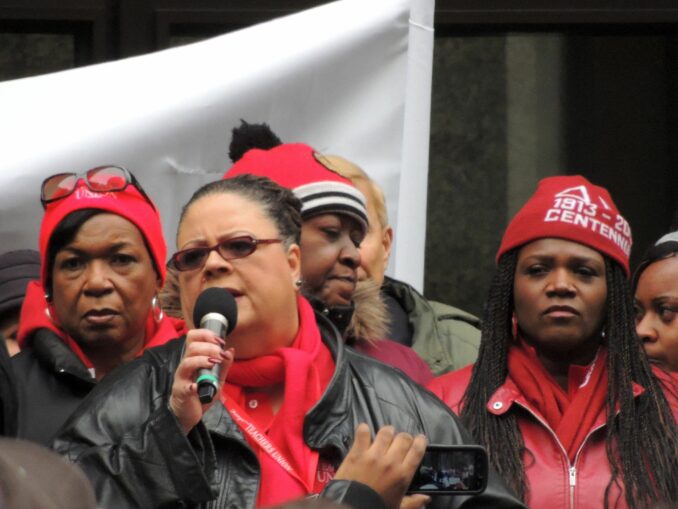 Born in the South Side of Chicago on July 20, 1953, Lewis was the daughter of school teachers. She attended public schools in Chicago, such as Kenwood Academy High School, and attended Dartmouth College in 1972, where she was the sole Black woman in the Class of 1974. (Chicago Tribune, Feb. 10)

Lewis became a chemistry teacher shortly after college, and she joined the Chicago Teachers Union — an affiliate of the American Federation of Teachers (AFT) — in 1988. In 2008, she became active in a reform caucus of the CTU known as the Caucus of Rank-and-File Educators (CORE). This caucus challenged the national AFT leadership in many ways regarding crucial issues such as charter schools and so-called school “reform.”

From the beginning, CORE was involved with various, progressive community struggles in the city. Workers World spoke with Bob Quélos, an activist who knew Lewis personally and was involved in a 2008 campaign to stop then-Mayor Richard Daley’s bid to host the 2016 Olympics. “While most radical minded people were afraid of standing up to Mayor Daley, Karen was not,” Quélos recalls. “She stood on the frontlines against the neoliberal project.”

In 2010, Lewis ran for CTU president on a CORE slate and won. As a strong voice against racism, budget cuts and school closings, her election victory was significant to Black educators, students, parents and community activists throughout Chicago. As one middle-school teacher, Kimberly Goldbaum, stated, “The emergence of CORE allowed many of us African Americans to go, ‘This is something we can get with.’” (Labor Notes, Feb. 10)

In 2012, Chicago teachers were facing arbitrary evaluations and the threat of merit pay, while being denied a promised 4% raise. With Lewis as its president, the CTU struck for seven days and forced the city and then-Mayor Rahm Emanuel to ease up on evaluations and not unleash merit pay.

The 2012 strike was the first teachers strike in Chicago in 25 years. And CTU mounted another labor action in 2016. Lewis was reelected as CTU president in 2013 but stepped down in 2014 due to illness and was replaced by Jesse Sharkey, another CORE activist who had served as her vice president.

Paving the way for strike wave 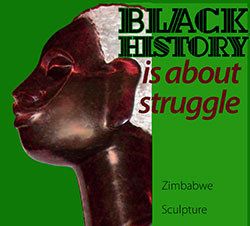 In 2018, teachers and education workers throughout the U.S. — starting with West Virginia, then Oklahoma, Arizona and others — walked out by the thousands against low pay, high insurance costs and privatization schemes. Education workers who participated in these walkouts also formed caucuses with a platform similar to that of CORE. Many of the education workers wore “Red for Ed” T-shirts and hats to protest.

The education workers that struck in states with Republican governors and legislators were fighting for the same reasons that CTU fought against Democratic mayors in 2012 and 2016. These defiant work actions generally took place in states that had legislatively ruled teacher and public employee strikes illegal.

It is certain that the “Red for Ed” movement would not exist today without Karen Lewis’s legacy.

The CTU held a virtual shiva — a period of mourning observed in Judaism — on Feb. 10 to grieve the death of Lewis. (Chicago Tribune, Feb. 10) CTU released a statement in her honor: “Karen did not just lead our movement. Karen was our movement. She bowed to no one and gave strength to tens of thousands of Chicago Teachers Union educators, who followed her lead and who live by her principles to this day.” (WBEZ Chicago, Feb. 8)