The following are lightly edited remarks from a Workers World Party webinar on January 21. 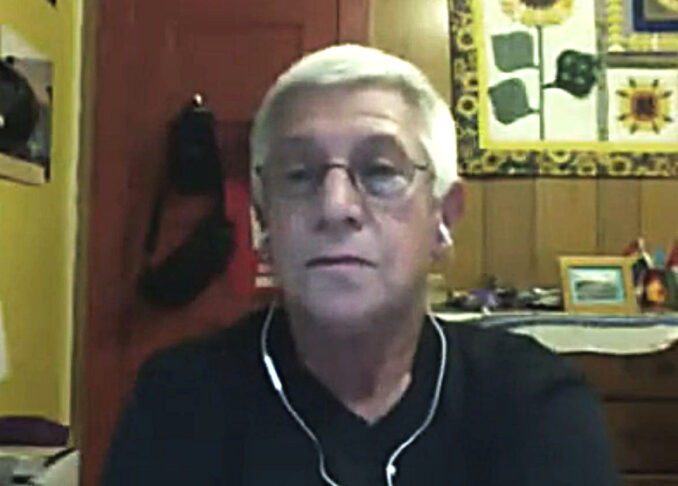 In California, almost 200 prisoners have died from COVID behind the walls. In some prisons, over half of the incarcerated population is infected with COVID. Joe Biden, unfortunately, is not going to be the president who signs an executive order ordering states and the federal government to do mass releases. This has been the demand from families, but we’re not going to get that relief from Biden or Kamala Harris.

President Biden is the man who is responsible for the growth of the prison-industrial complex. He authored the laws that put hundreds of thousands of poor Black and Brown people in prison. Oftentimes when he was authoring these laws, he would write a law that was even more stringent than what the Republicans would propose. And he was one of the the loudest cheerleaders who demanded to set up the disparity in sentencing between crack and powder cocaine. This literally filled the prisons. He authored legislation that poured billions of dollars into the building of prisons.

James Baldwin said, “I can’t really say, because I see what you do.” Because of the incredible power of the Black struggle and the struggle against police terror and police lynchings, the Democrats have had to sort of soft-pedal this legacy.

Harris was actually infamous for not speaking out against the murders of young Black people in California. Harris is known as a “supercop,” because she started out as a prosecutor. As a prosecutor, she ordered the death penalty. Her office denied transgender prisoners the right to gender-affirming surgery.

This was while she was attorney general in California, living in San Francisco, where you have such a vibrant LGBTQ2S+ community. As attorney general, she even refused to release prisoners who were championed by the Innocence Project.

There’s a parallel between the corporations that built the prisons and the corporations that are now managing the ICE detention centers. There’s a very serious criminal organization called GEO Group, which owns private prisons around the country and halfway houses, which are semi-lockdown units that have the heaviest violations of human rights abuses in California and around the U.S.

So we have a lot of things we need to work on, besides the fact that incarcerated people have no access to health care.