This article is in memory of Sue Davis, a decades-long reproductive justice activist who every year in this newspaper commemorated the Supreme Court’s Roe v. Wade decision legalizing abortion. 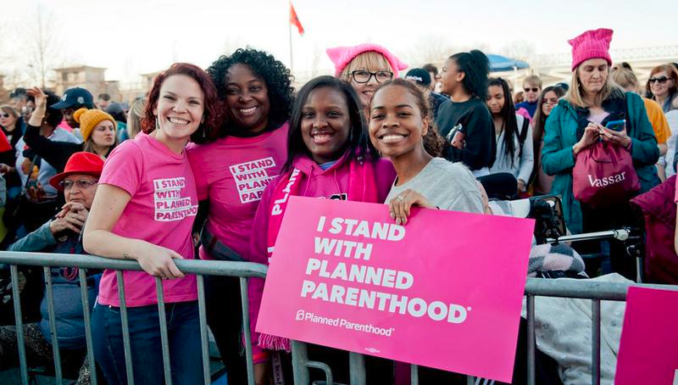 In the early morning hours of Jan. 22, shots were fired at the reproductive health clinic in Knoxville, Tenn., operated by Planned Parenthood of Tennessee and North Mississippi. The date is significant, because on that day in 1973, the Supreme Court of the United States issued its decision in  Roe v. Wade  legalizing abortion.

In essence, it said women have the fundamental right to make their own decisions about whether or not to terminate unintended pregnancies, free of governmental interference. However, this date is often targeted by anti-abortion forces as a time to attack reproductive health providers.

Since SCOTUS handed down its ruling in Roe, reactionaries have tried through legal means — in the legislatures, courts and by government edicts — to weaken and ultimately overturn the court’s decision and prohibit abortions. When legal means haven’t succeeded — or haven’t occurred quickly enough — these right-wing extremists have resorted to vandalism against reproductive health facilities, stalking and harassing staff members and hounding clients to scare them away.

Thousands of violent acts have been committed against abortion providers since 1977, including 42 bombings and 189 acts of arson. And they are escalating. Anti-abortion extremists have attacked and beaten medical personnel. In the worst-case scenarios, they murdered 11 people — doctors and other clinic staff, volunteers and escorts. (National Abortion Federation)

Fortunately, no one was injured in this latest attack, the first to target the Knoxville facility. But the front glass doors were marred, and bullets hit the reception area. Reacting with courage and determination to the attempts to intimidate them, clinic staff planned to reopen the health center on Jan. 25, after closing it over the Jan. 23-24 weekend. They know the services they provide are essential.

Significantly, this facility provides services for women and people of all gender identities. Medication abortions via pills, now under fierce attack by reactionary forces in and out of government, are among the services available there.

Ashley Coffield, president and CEO of this Planned Parenthood affiliate, explained: “We believe it is no coincidence that this act occurred on the Roe v. Wade anniversary. Planned Parenthood, along with our allies and other health care providers, have long known the violent consequences of inflammatory, hateful rhetoric. Just as hateful rhetoric incited this month’s attack against our democratic processes, we have seen how hateful rhetoric inspires violence against reproductive health care providers.” (wkrn.com, Jan. 22)

Coffield was right to link the Jan. 6 racist, right-wing siege of the Capitol in Washington, D.C., to the violence against abortion providers.

Erin Matson, executive director of Reproaction, a reproductive justice direct action group, stated in an article entitled “Anti-Abortion Activists Were All Over the Capitol Riots” that “Anti-abortion agitators have been calling and supporting [Trump’s] call to storm Washington for some time.” As more photos are analyzed, she said, “we’ll see more and more overlap between the anti-abortion movement and the white supremacists” who invaded the Capitol building. (Vice News, Jan. 12)

Renee Bracey Sherman is the African American founder of We Testify, an organization dedicated to the leadership and representation of people who have had abortions. She emphasized: “What frustrates me is that if you had been paying attention to the white supremacists and how they were attacking abortion clinics and treating people who spoke out in support of abortion, none of this would be a surprise to you.”

At least 15 anti-abortion extremists were identified as being in the Capitol siege, says the Abortion Access Front, which fights for safe, dignified and affordable reproductive health care and rights for women and people of all gender identities. Advocates for reproductive health, rights and justice “were not surprised” to see anti-abortion agitators invade the Capitol to support the white supremacist in chief, former President Donald Trump. (Prism, Jan. 22)

Several progressive and even some corporate media reported that known anti-abortion agitators were in the Capitol on Jan. 6. But, says Prism, this isn’t just about the appearance of individuals in the attempted coup: “Many reproductive justice advocates have argued that the anti-abortion movement is a white-supremacist movement, but … in recent years [its] many iterations have made inroads with extreme right-wing groups — including militia movements and white supremacist groups.”