January 1 marked the 217th year of independence for the Republic of Haiti. The Haitian Revolution was led by formerly enslaved Black revolutionary François-Dominique Toussaint Louverture and later by Jean-Jacques Dessalines. A majority of Louverture’s army had been born in Africa.

The Haitian Revolution began in 1791 after a Vodou ceremony at Bois Caïman, where a Vodou mambo and a Vodou priest, Cécile Fatiman and Dutty Boukman respectively, spoke of an uprising by those enslaved, who were encouraged to take revenge against their French oppressors. One week later, the revolution broke out; 1,000 enslavers were killed and 1,800 plantations destroyed.

Over the next 13 years, the Haitian army, created from enslaved Africans who had liberated themselves, fought vigorously with the French colonizers in Haiti. Besides Toussaint Louverture, there were other prominent leaders: Jean-Jacques Dessalines and Sanité Bélair, a Haitian woman and Black revolutionary leader who was captured and executed in 1802.

After Louverture was captured by French trickery in 1803, Dessalines continued to lead the revolution — destroying Napoleon’s army and declaring Hayti (later Haiti) free and independent on January 1, 1804. Haiti was the first Black independent republic and the first nation in the Western Hemisphere to abolish slavery. 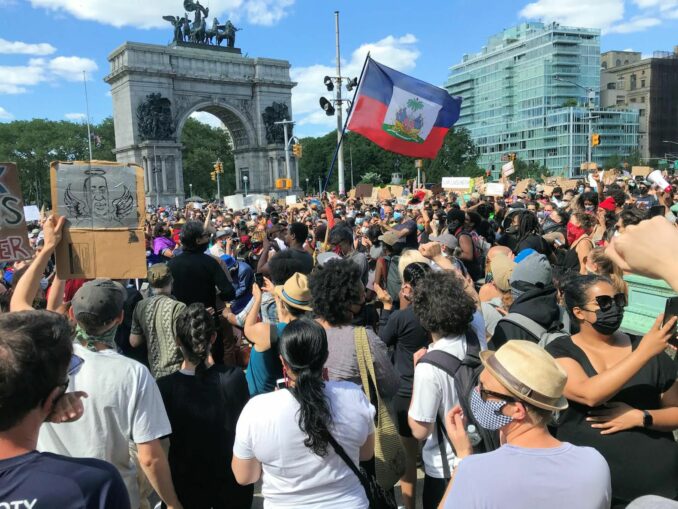 Today, Haiti is still weighed down by burdens imposed by French and U.S. colonialism and imperialism. It is kept subjected through embargoes and sanctions, demands for debt repayment and a U.S. occupation behind the veil of U.N. peacekeepers.

Workers World Party honors the freedom fighters of the Haitian Revolution, whose struggle had worldwide resonance. We congratulate the Haitian people on another year of revolutionary struggle against colonialism and imperialism! We say unequivocally: Stop all embargoes and sanctions on Haiti; cancel the debt, and pay reparations to Haiti!