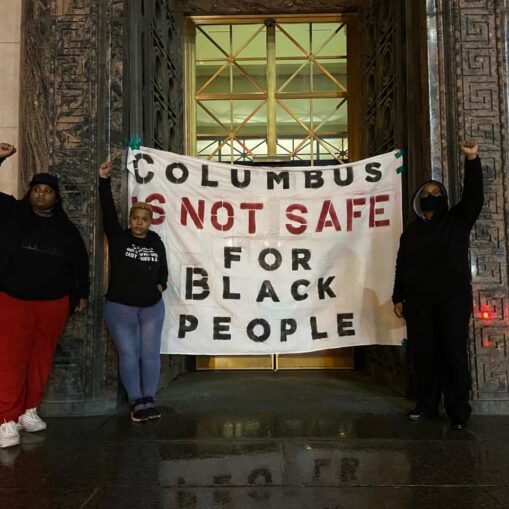 Cleveland — Three days before Christmas, Andre Hill visited the home of a family friend on Dec. 22 to drop off some holiday cash. Police, called to the neighborhood for an unrelated situation, shot and killed the 47-year-old Black father and grandfather. Hill, whose family and friends describe him as “passionate” about Black Lives Matter, was wearing a T-shirt demanding justice for George Floyd.

Officer Adam Coy, who is white, reportedly observed Hill raising his friend’s garage door. Hill, who was not ordered to raise his hands, complied with an order to come out of the garage with one hand lowered and the other holding a cell phone. Hollering that Hill was hiding a gun, Coy then fired multiple shots. Hill was unarmed.

Police then handcuffed Hill. Coy and other officers on the scene failed to administer first aid, a fact confirmed by bodycam footage revealed Jan. 2. He lay “struggling for life for five minutes and 11 seconds,” according to civil rights attorney Benjamin Crump, who is representing Hill’s family.

Coy, against whom there were previous complaints of misconduct, was fired Dec. 28, but as of this writing no charges have been filed against him or the other cops involved. This is the second racist cop murder in Columbus in December — the first being Casey Goodson, shot by a Franklin County Sheriff’s deputy on Dec. 4. Activists have held several protests in response to the two killings and are demanding Coy be arrested and charged.

Meanwhile, people gathered at the site of a Dec. 30 police killing in Minneapolis, the second there since the lynching of George Floyd May 25. The victim Dolal Boyd Idd, who is Somali, was stopped at a gas station for an alleged felony, but authorities haven’t said if there was a warrant for his arrest. Despite below-freezing temperatures, protesters faced off against cops fully clad in riot gear, staying at the site throughout the night of the shooting.

Idd’s family disputes the police version of events, which allege that Idd shot at officers before being killed. According to Idd’s father Bayle Gelle, police entered their home after the shooting, pushing family members to the floor and handcuffing some. Protests, which Gelle and others in Idd’s family have attended, continue.

In another notorious case of racist police brutality, more Louisville, Ky., police officers involved in the March murder of Breonna Taylor are to be fired — finally — but none face criminal charges. 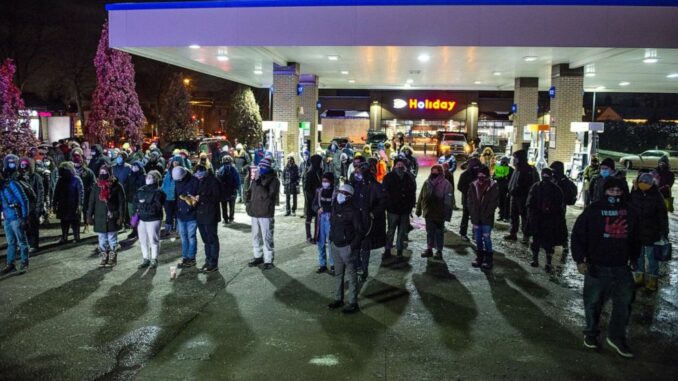 On Dec. 29 the misnamed U.S. Department of Justice announced they were closing their investigation into the 2014 killing of 12-year-old Tamir Rice, who was Black,  by white Cleveland police. Rice’s killer, Timothy Loehmann, and his partner at the time, Frank Garmback, will not face federal charges.

According to the Dec. 29 New York Times, “Justice Department officials said in a lengthy statement on Tuesday that they could not establish that the officers involved in Tamir’s killing willfully violated his civil rights or that they knowingly made false statements with the intent of obstructing a federal investigation.”

Tamir’s mother Samaria Rice, in a prepared statement, said, “It was blatantly disrespectful that I had to learn from the media that the Department of Justice had shut down the investigation, after career prosecutors recommended a grand jury be convened.”

In 2015, at the recommendation of then-Cuyahoga County Prosecutor Timothy McGinty, a county grand jury declined to charge Loehmann and Garmback. When the Cleveland Police Department fired Loehmann, it was for lying on his job application, not for killing Tamir.

This past year has destroyed the myth that police brutality happens because of “a few bad apples.” The whole barrel — the barrel being the oppressive capitalist system we live under — is rotten. Racism is built in and enforced by the state apparatus.

The new year must — and most certainly will — be a year of continued, accelerated struggle.