Community members gathered at the steps of Buffalo City Hall Dec. 19 to mourn the victims of COVID-19. To emphasize that Erie County has reached over a thousand dead from the virus, the demonstrators read the names of 1,000 of the deceased over a loud speaker.

People stood silently with signs displaying their demands, such as free healthcare for all, direct monetary relief to every person, cancellation of rent, and a stop to evictions. They laid a tarp out on the street with mock body bags labelled “COVID Victim” to remind the city and state governments that every death from COVID-19 is blood on their hands.

After the demonstration, the few protesters who remained were attacked by white supremacists and anti-maskers, who had arrived at the square shortly after the vigil. Members of the Proud Boys, a fascist street gang, and New York Watchmen, carrying stun guns, tear gas, and other weapons, swarmed the group.

Buffalo police had been present on the scene and had been harassing attendees of the vigil, but they stood by and watched as the white supremacists attacked. White supremacist groups in Buffalo have been directly connected with the anti-mask movement, and have a pattern of traveling with them. 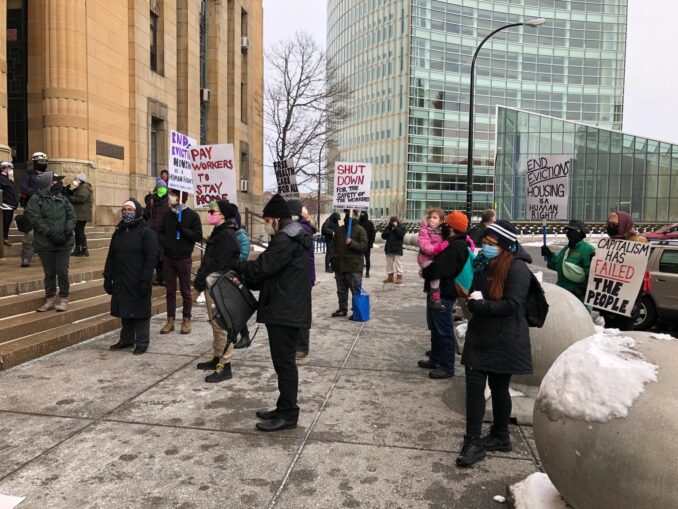