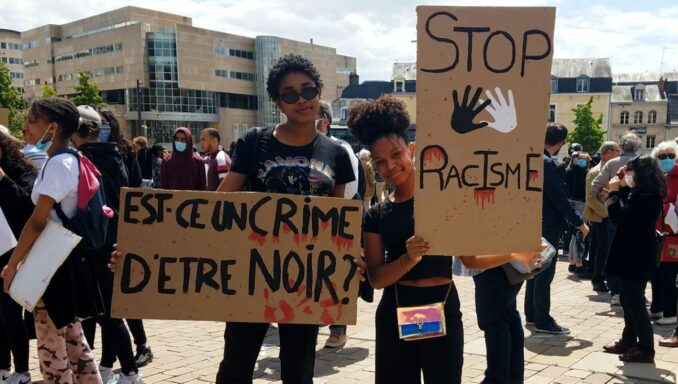 It is sometimes hard to realize the worldwide impact of the Black Lives Matter movement. Language, culture and media indifference can all get in the way. Some countries just don’t have the type of events — protests, marches, rallies — for a variety of reasons, where the influence of BLM would appear.

France is different. A major part of its politics plays out in the streets. Workers, generally at the call of their unions, hit the streets — not only over pay, employment and working conditions, but over political issues like the new labor law and a new retirement plan. Workers for private employers have the legal right to strike without imperiling their jobs. Like all workers’ rights in a society run by the bourgeoisie, this right is constantly under attack, but the strike was used consistently in the Yellow Vest movement.

And it’s not just workers who hit the streets to protest. Doctors, farmers, fishers, all sorts of community groups and students — some of whom are in unions — and women’s groups, all from time to time collectively raise their voices.

All these groups — particularly the unions — rely on solidarity and making alliances with other organizations. Since it is generally the case that more than one union represents workers in a particular plant or industry, to shut it down they need to work together. This is especially the case if a mass mobilization like a general strike is projected. 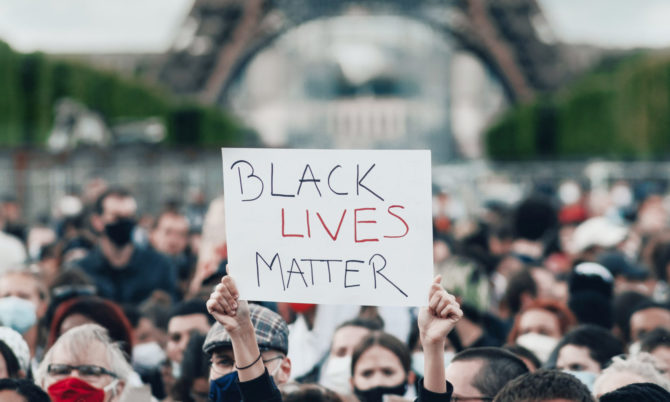 Searching through archives of pictures of protests in France beginning in 2015, I found thousands of pictures from hundreds of demonstrations explicitly referring to BLM slogans, such as “pas de justice, pas de paix, stop aux violences policières” (No Justice, no peace, stop police violence) and “est-ce un crime d’être black?” (Is it a crime to be Black?) And of course in English, so the international audience could not mistake it, “Black Lives Matter.”

“Vies Volées’” (“Stolen Lives”), is a French organization – somewhat like the Stolen Lives Project in the U.S. – led by Ramata Dieng that supports the families of murdered and injured victims of police brutality. It has created a petition for Mumia Abu-Jamal’s release with a video of Colin Kaepernick’s statement supporting Mumia (dubbed in French). On its website, there is another petition voicing solidarity with U.S. victims of cop killings and with U.S. political prisoners, along with a powerful rap in French. (viesvolees.org)

Police violence and racism have historically been problems in France, which has been and still is an imperialist power in West Africa, North Africa and the Caribbean.

In 1804, France was defeated in Haiti, which had been the most profitable colony of the 18th century; Haiti made more profits for France than Britain extracted from all its North American colonies. In 1825, Charles X, the last and most reactionary Bourbon king of France, sent a flotilla to Haiti and forced it to pay for all the “property,” that is, the enslaved people France lost to the Haitian Revolution. These payments were a huge economic burden on Haiti for the next 100 years. Haiti was forced to pay back with money that which it had won with the blood of its people.

In 1830, Charles X’s armed forces began the conquest of Algeria, which took about 20 years to complete. Algerians, and later North Africans from Tunisia and Morocco along with West Africans, were treated as a cheap labor pool when France needed workers in its expanding industries. When it needed soldiers in World War I, France recruited 450,000 from its African colonies. Current President Emmanuel Macron admitted in a 2018 tweet that 200,000 of them had died.

The French bourgeoisie fought bitterly to retain control of Algeria, which, like the islands of Guadeloupe and Martinique in the Caribbean, was treated as an overseas department of France. Algerians charge that the French killed over a million people during the war for Algeria’s independence.

Now the religion with the largest number of practicing believers in France is Islam, which is the faith of most of the North African and many of the West African communities in France — like the Malian community, estimated to have 250,000 members. 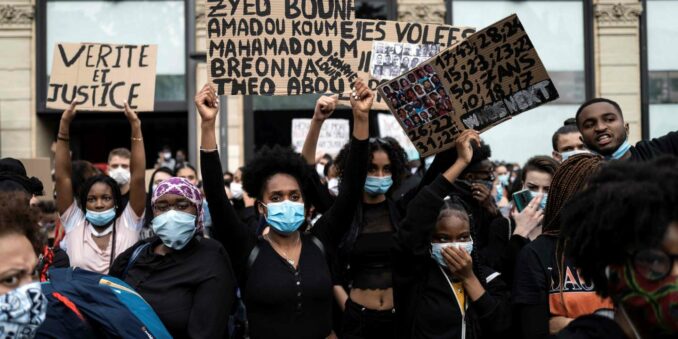 Nationally coordinated demonstrations against two new bills the Macron government is pushing have occurred every Saturday since the last Saturday in November. One bill, the Global Security Law, would give cops in France, who are directly under the control of the Macron government, more power to gather intelligence on protesters and make it illegal for the public to film cops.

The other protested bill is known as  the “separatist law.” This legislation would force groups similar to the Collectif Contre Islamophobie en France (CCIF), which offers legal counseling on anti-Muslim bigotry, to disband — the minister of the interior has ordered CCIF to stop — and prevent Sharia schools from teaching Islam on the weekends.

The Dec. 5 demonstrations were held jointly with the General Confederation of Workers (CGT), which was protesting against unemployment and demanding permanent, full-time jobs. Philippe Martinez, secretary general of the CGT, told the press at the start of the demonstration in Paris: “There is no opposition between public and individual liberties and the struggle for permanent jobs and against unemployment, especially in this period.”

The Dec. 19 demonstrations raised the needs of undocumented immigrants.