It’s official. And it’s about time.

After months of discussions and rumors, Cleveland’s Major League Baseball team announced Dec. 14 that 2021 would be the last season for the racist, offensive name “Indians.” With it will go the team’s demeaning mascot, which was being phased out after it was taken off player uniforms in 2018. 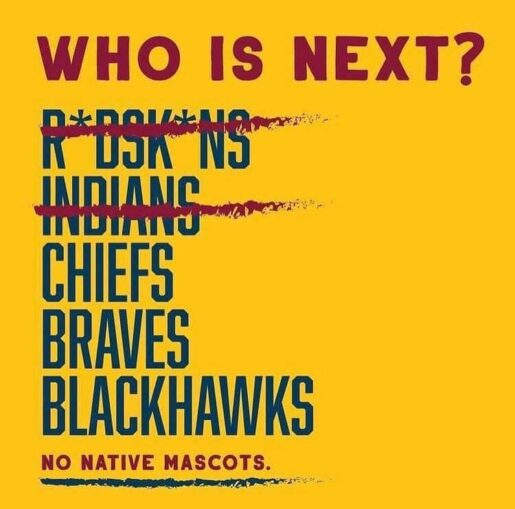 Credit: Committee of 500 Years of Dignity and Resistance, Facebook

“For six decades, our community has fought tirelessly to be recognized as diverse and vibrant, instead of portrayed in inaccurate and harmful ways,” said the  Cleveland Indigenous Coalition after the team’s announcement. “By agreeing to change the team name away from Indigenous themes, the Cleveland baseball team is helping to create a place where Native American children and their families feel valued and fully seen.”

The Committee of 500 Years was formed around protesting the 500-year anniversary of the destructive arrival of Columbus in 1992. It then began a decades-long struggle, picketing Opening Day year after year, to get the Cleveland team to drop its name and official mascot. Activists were arrested on more than one occasion, including for burning “Chief Wahoo” in effigy. 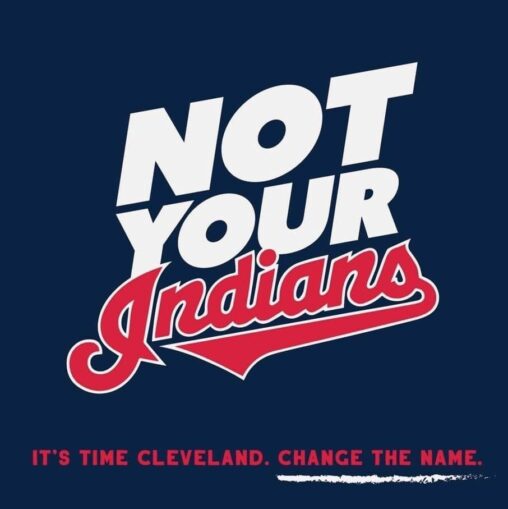 Credit: Committee of 500 Years of Dignity and Resistance, Facebook

Earlier attempts were made to hold the team accountable for its racist caricature of Indigenous people, including a 1972 lawsuit brought by Cleveland Indian Center Director Russell Means, who was also a leader of the American Indian Movement.

The team has claimed the name was chosen to honor Louis Sockalexis, who was reportedly the first Indigenous player in major league baseball. But team owners, seeing the growing popularity of names like “Boston Braves,” were more likely making a business decision when they renamed what had been called the Cleveland Spiders.

“It’s a great move on behalf of major league baseball to recognize the fact that dehumanizing any race or any creed of man is wrong,” said Chris Sockalexis, when the phaseout of the mascot began in 2018. Sockalexis is a tribal historic preservation officer with the Penobscot Nation and a descendant of the famed player. (CBC.ca, Jan. 29, 2018)

This latest victory follows last year’s decision by the Washington Football Team — as it is now known — to discard its previous name, a slur against Indigenous people. Until recently, both the Washington and Cleveland teams had been steadfast in their refusal to break with “tradition” — and risk losing millions of dollars in sales of merchandise featuring their team logos. 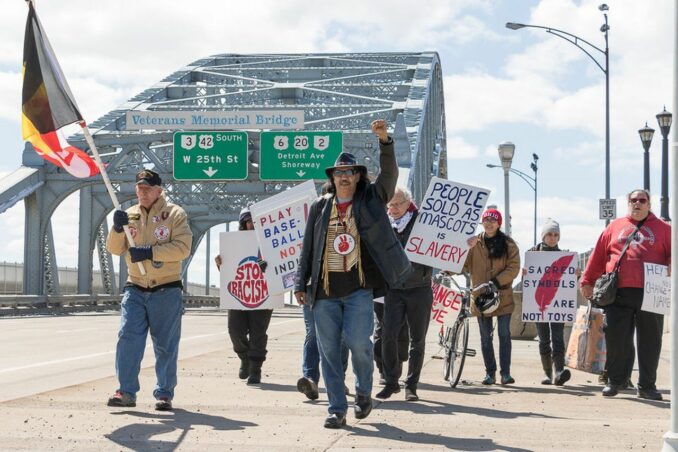 What is different this year? The multinational Black Lives Matter upsurge has challenged every aspect of white supremacy, including the genocide against Indigenous people and the land theft that went with it. Even the sports industrial complex has had to make concessions.

The fight over racist team names and mascots is anything but over. As the Committee of 500 Years points out on Facebook: “There are nearly 200 schools in Ohio with a harmful, racist Native American sports mascot/team name.” A struggle in Parma, a local suburb, to get the high school to change its football team’s name and logo is still unresolved.

But for now, good riddance to “Chief Wahoo”!