These comments were given at a Dec. 10 webinar of the Prisoners Solidarity Committee of Workers World Party.

The theme of tonight’s webinar is “Build class solidarity with incarcerated workers: No walls in the workers’ struggle.”  The PSC wanted to sponsor this webinar on International Human Rights Day –  the day in 1948 that the United Nations General Assembly adopted the Universal Declaration of Human Rights. The UDHR is a document that supposedly proclaims “the inalienable rights which everyone is entitled to as a human being –  regardless of race, color, religion, sex, language, political or other opinion, national or social origin, property, birth or other status.” 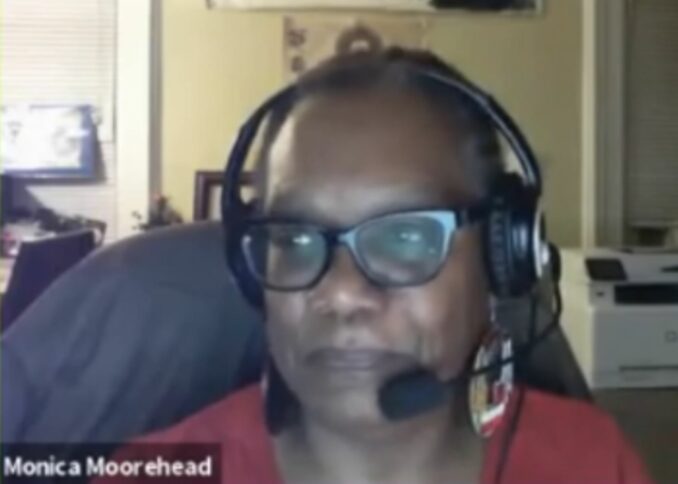 But as revolutionary activists, we know that these words ring hollow for those living in the belly of the beast, the U.S. — a country built on the legacy of stolen Indigenous lands, slavery, colonialism and wage slavery. We live under a capitalist system that puts profits before people’s needs; where millions of people are disenfranchised because of their nationality, gender identity, gender expression, disabilities, age and/or their social status.

And this is especially true of incarcerated workers, who are super-exploited as slave labor and are super-repressed if they are people of color, women, gender non-conforming, disabled and/or elderly.

Prisoners suffer an even greater social stigma of demonization – that is, being labeled as dangerous, expendable. Therefore, millions are locked away, unseen and unheard, for years, for life – and even executed – whether they committed “crimes” or not.

Just look at all the federal executions that have occurred recently with rapid speed under Trump. Another one took place today and four more are scheduled for January.

As someone who was born in Alabama, under the trauma known as segregation, I can only imagine the multiple trauma of modern-day slavery conditions behind these walls, especially as the U.S. Justice Department is suing the Alabama prison system for violating the human rights of prisoners.

We will be hearing about this important struggle on the inside and also how our movement on the outside can show solidarity as a movement with them.

We will also be getting an update on the almost four-decades-long struggle to free political prisoner Mumia Abu-Jamal, who was falsely arrested 39 years ago, on Dec. 9, 1981, and convicted of killing a police officer in July of 1982.  Mumia was sentenced to death row – until he was released into general population in 2011 due to a worldwide movement to save his life. But the struggle continues to free him from a Pennsylvania dungeon – and now Colin Kaepernick has joined this fight.

So as we prepare to usher in a new year of struggle and fightback, as we prepare to commemorate the 50th anniversary of the heroic Attica prison rebellion, we say, “Tear down the prison walls and free them all!”