A group of antifascists and community members assembled Dec. 5 across the street from a park next to a low-income housing project in an industrial area in north Buffalo, N.Y. They came to oppose a parade organized by the Rolling Patriots, a white supremacist group.

The anti-racist demonstrators held signs condemning the presence of extreme rightwing groups and demanding better provisions for workers facing the brunt of the COVID-19 pandemic. 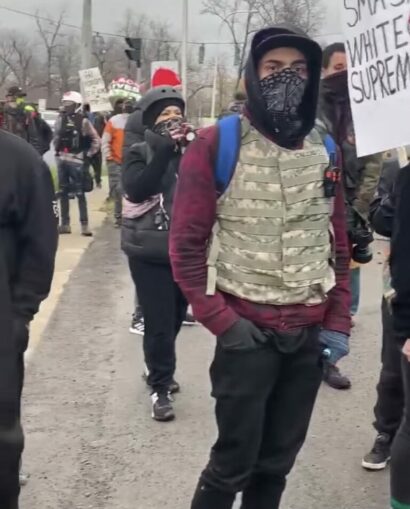 The Rolling Patriots often participate in anti-mask, anti-shutdown events, catering to the interests of business owners who want to remain open despite all-time-high COVID-19 infection rates in Erie County. They endanger the health and well-being of front-line workers and the general public.

The Patriots use anti-mask and anti-shutdown rhetoric to lure people in and recruit many for more violent white supremacist groups.

Their parade was attended by members of the Watchmen, a local hate group that also has connections with other far-right extremist groups like theProud Boys and the Aryan Renaissance Society.

As the Patriots’ caravan left the parking lot to start their parade, Watchmen and Proud Boys approached the anti-racist demonstrators, armed with heavy flashlights and stun guns. A short scuffle broke out, but no serious injuries occurred.

The message from the community was clear: the people of Western New York oppose racism and fascism — whether it manifests itself openly, or hides behind anti-mask propaganda.