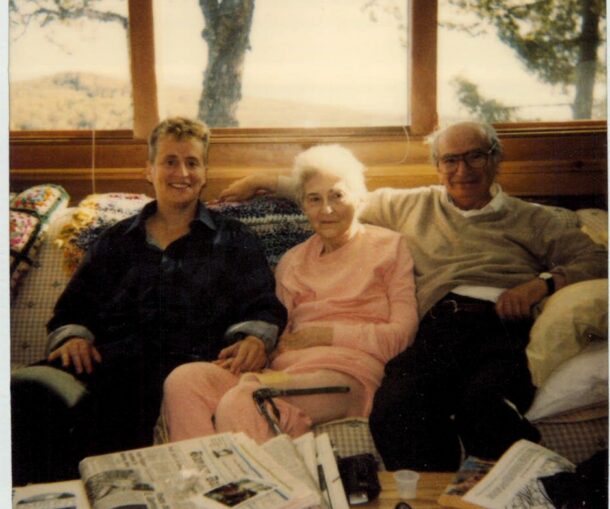 The struggle against oppressions that stem from capitalism rages on. That struggle for liberation has literally been pushed forward by one of our dear comrades, freedom fighter, transgender warrior and revolutionary communist, Leslie Feinberg. The anniversary of hir death was marked by a Nov. 19 Workers World Party webinar, “Leslie Feinberg: ‘Remember Me as a Revolutionary Communist.’”

Ze’s world building, in theory and in practice, has left such a mark on material conditions. Whether it’s hir still widely popular and gripping work of fiction, “Stone Butch Blues,” or hir Marxist analyses like “Transgender Liberation: A Movement Whose Time Has Come” or “Rainbow Solidarity in Defense of Cuba,” Feinberg’s groundbreaking writing and organizing have shifted the oppressive capitalist culture they were introduced into.

On this webinar, Feinberg’s WWP comrades paid tribute to hir passing. Now a managing editor of Workers World newspaper, Monica Moorehead explained that Feinberg was largely responsible for encouraging and training her for that job. That culture of encouragement and discipline in struggle very much still exists even in hir absence.

Although I never had the honor of meeting Leslie, the way ze interacted with and taught our comrades in action is a large part of why I am now a co-editor of the Tear Down the Walls prison pages in the WW newspaper. These pages – dedicated to the global prison abolition struggle – have been revitalized from Leslie’s legacy of years of editing the WW prison section.

Judy Greenspan, who co-moderated the webinar discussion along with Ezra Echo, told of a speech by Feinberg at Sonoma State University. “Hir talk was entitled ‘The Transgender Movement: Yesterday, Today and the Future.’ Ze went into this classroom [where ze was asked to speak] on the transgender movement. And the first thing ze said was, ‘I am dedicating my talk to the struggle of undocumented workers, of im/migrant workers.’ Because on the way in, ze had seen a flyer calling people together to protest in support of immigrant rights. That’s exactly what Leslie always did. Ze always was showing working class solidarity, always teaching and linking the components of the revolutionary struggle.”

Monica Moorehead amplified, “There are so many inequalities and so many oppressions that feed off of capitalism and imperialism, including LGBTQ2S+ oppression, and Leslie never allowed this to be seen in isolation. Because Leslie understood as a worker. Leslie was a worker! First and foremost, hir message was: I’m part of the working class, and there’s nothing more important than to be in solidarity with each other against a common enemy, which is capitalism and imperialism.” 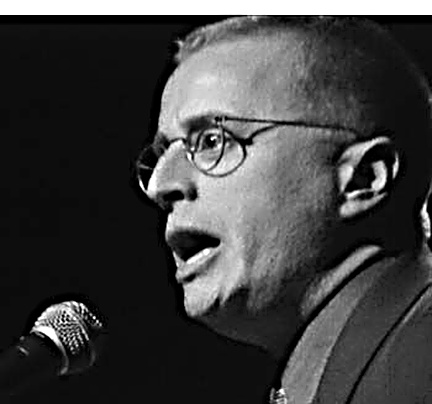 Leslie Feinberg speaks at a 1999 meeting to ‘Free Mumia!’ in New York City.

Many heartwarming stories of Feinberg exist, as ze truly was treasured. Another beloved transgender revolutionary, comrade Renée Imperato, shared: “Whenever Leslie got into a conversation with someone who used a wheelchair, Leslie never, ever stood above them and looked down on them and spoke. So I said to Leslie: ‘I noticed that every wheelchair user that you speak to, you crouch down to them.’ And Leslie replied, ‘We need to be equally on the same level, so that our eyes meet on the same level.’ That is respect. Oh, I never, ever forgot that.”

Whether it is the struggle of LGBTQ2S+ people, im/migrants, imprisoned people, disabled people – you name it – Leslie Feinberg understood and acted upon the knowledge that these oppressions have a common enemy. Those who study Feinberg’s legacy continue to fight back against capitalist, imperialist and colonial structures of power. Workers and oppressed of the world unite, same struggle same fight.