In addressing addiction, harm reduction comes in many forms. Some include drug decriminalization, safe injection sites, spreading of Narcan and other forms of naloxone, distribution of medicines for medication assisted treatment along with pure drugs, fentanyl test kits, distribution of clean needles, and the diversion of methadone and buprenorphine. We should examine every form of harm reduction, because understanding them is key to defeating the scourge that is the disease of addiction.

It is important to remember that addiction is indeed a mental illness. Without understanding this, by treating it like a personal choice, it is impossible to have a correct position on the subject. 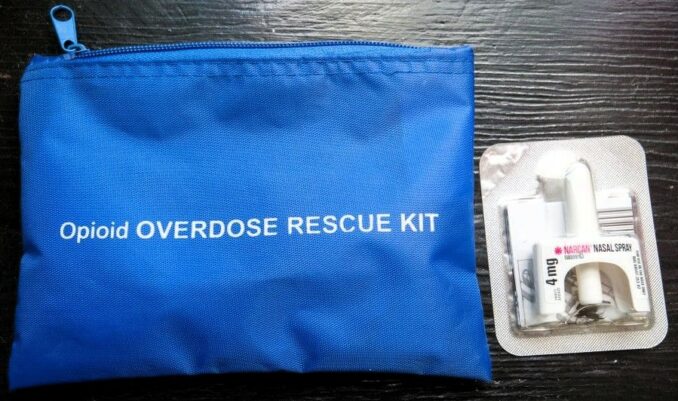 Drug decriminalization is the most potent form of harm reduction. Under the current system, the “War on Drugs” rightly frightens people into hiding their drug use and into hiding completely. Forcing people who use drugs to hide means they won’t take the steps necessary to keep themselves safe.

The War on Drugs is a failed system, but it is “successful” for the for-profit prison owners. It gives them a steady supply of people to cruelly enslave. Drug decriminalization, on the other hand, provides drug users the opportunity to use drugs but also seek treatment without fear of imprisonment. The money that has been used for imprisonment could be put towards drug treatment programs, where people would be able to turn away from drugs.

A safe injection site was planned for Philadelphia — a city singularly impacted by the opioid epidemic. However, neighborhood complaints, and an outcry from people who either don’t know or don’t care that opioid use disorder (opioid addiction) is a disease, shut the project down. In addition, the group behind the site is struggling with legal barriers that impact its opening.

Lives can be saved!

Narcan and Evzio save lives. This is just a fact. By acquiring and sharing them —    typically they can be acquired without the use of a prescription — these medications get into the hands of people who would benefit from them. There are people who are overdosing in the streets.

It’s so important for people to know how to use Narcan/Evzio in case they encounter someone in that state of distress. The 2016 and 2017 deaths of the musicians Prince and Lil Peep, among the most recent deaths of celebrities to addiction, could have been prevented if the people around them had, and knew how to use, naloxone kits.

People must have access to medication assisted treatment — which includes buprenorphine (products such as Suboxone), methadone, naltrexone (products such as Vivitrol), and diacetylmorphine (commonly known as heroin; heroin-assisted treatment is legal in Canada and elsewhere) — it’s also important for them to have access to steady supplies of pure drugs not tainted with toxic fentanyl. In Canada, Vancouver to be specific, organizations dedicated to supporting and helping drug users have distributed pure drugs to their clientele. With a supply of medications and pure drugs, people who use drugs are at lesser risk for overdose and death.

If pure drugs aren’t available, like in the United States, then the next best thing is to test all drugs — regardless of what type they are — for fentanyl. Fentanyl and fentanyl analogues (such as butyrfentanyl, acetylfentanyl, ohmefentanyl and carfentanil) are often responsible for fatal and nonfatal overdoses. When drug users are given the ability to test their drugs, it saves them from overdose, complications from overdose and death.

Nonprofits and community collectives — such as Project SAFE and Prevention Point Philadelphia — are starting to embrace the idea of distributing fentanyl testing strips. These strips may or may not be legal everywhere, but the reward of saving lives is well worth the risk.

Many tools are necessary

Methadone, a very potent opioid agonist, could cause some who do not have the tolerance to go into a state of overdose. But the distribution of “illicit” methadone allows for people to avoid the pain of withdrawing, and opioid withdrawal can, infrequently, cause death. Buprenorphine has the benefit of having a ceiling effect, making it hard for people to overdose on it. Buprenorphine diversion is easier, too, as it’s prescribed like a normal medicine and not distributed at a clinic like methadone.

To put it simply, methadone and buprenorphine diversion — despite their risks — are necessary parts of a harm reduction model, because it saves the user from going through overdose where the chances of a fatal overdose on opioids like fentanyl are highest.

Harm reduction is a set of tools — and a philosophy — that saves lives, especially the lives of opioid users. Marxist-Leninists, striving for a better society, should support harm reduction, because it saves members of the proletariat from death and things like brain damage. We should oppose laws that hold back harm reduction and put pressure on authorities to allow such tools to be used.