Iota was more powerful than Eta, carried more rain and did more damage, especially to the Indigenous communities in Honduras and Guatemala, peoples whom the pandemic has already devastated.

In certain areas, the water left from Eta had not completely drained. 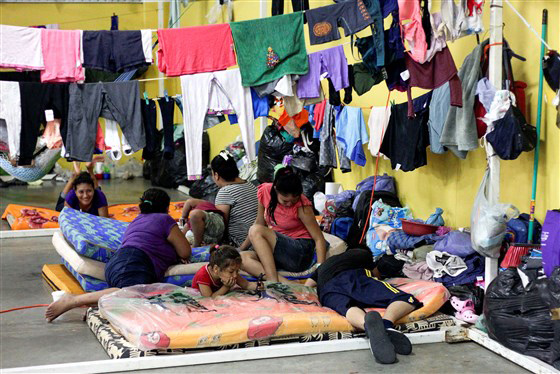 In northern Honduras, Iota flooded most of San Pedro Sula’s 800,000 people. About 100,000 people there are piled up in shelters, unable to take any precautions against COVID-19. They have an urgent need to obtain food and water. Some of them have not been home for two weeks and must dread what they will find when they return to their homes.

It is not currently possible to scientifically tie an individual hurricane to the overall process of climate change. Long before “climate change” was a topic of discussion, in November of 1932, the horribly destructive Hurricane Cuba, a category 5 storm, made landfall on the Caribbean island and immediately killed 3,100 people.

But Iota was a hurricane of a new type. Initiated by a tropical wave off the coast of Colombia on Nov. 10, Iota developed rapidly and three days later became a tropical storm. Two days later, it intensified overnight from a Category 1 storm of winds at least 74 mph, to a Category 5 storm with winds of at least 157 mph.

This rapid intensification at what is usually the end of the hurricane season testifies to how much warmer the Caribbean has become and how this warmth makes the storms brewed there more powerful.

Meteorologists looking at 120 years worth of data have established that hurricanes’ forward speed has recently diminished by 17%. This makes them more destructive since structures have to withstand their winds for longer, and they can drop more rain.