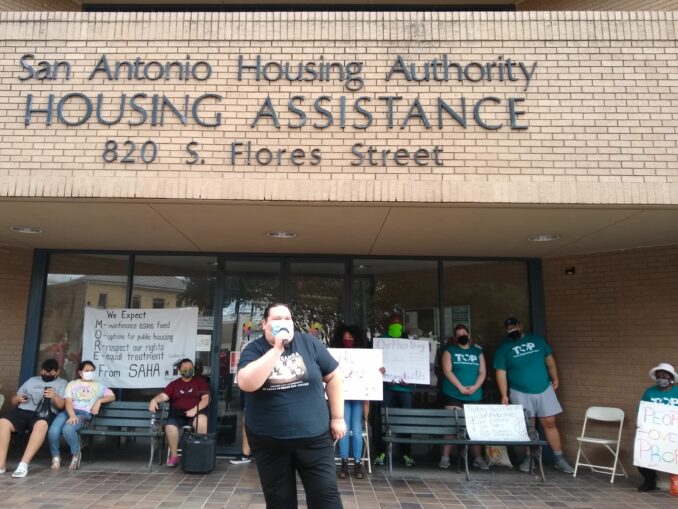 Kayla Miranda on the mic.

Even though more than 1,200 people live in Alazán, SAHA is moving to tear it down and “redevelop” the site. Speakers called the plan an obvious part of the gentrification drive displacing so many poor and working people on San Antonio’s South and West sides.

Alazán resident Kayla Miranda said that with more than 45,000 people on the waiting list for public housing, and with homelessness at crisis levels, the city should be building more units, not tearing down people’s homes.

After the rally, marchers chanting “Mi barrio no se vende” and “Save public housing” took the protest directly to SAHA CEO David Nisivoccia’s home — at, appropriately enough, the South End Lofts, one of many expensive new buildings in the downtown area.

– Story and photo by Shelley Ettinger