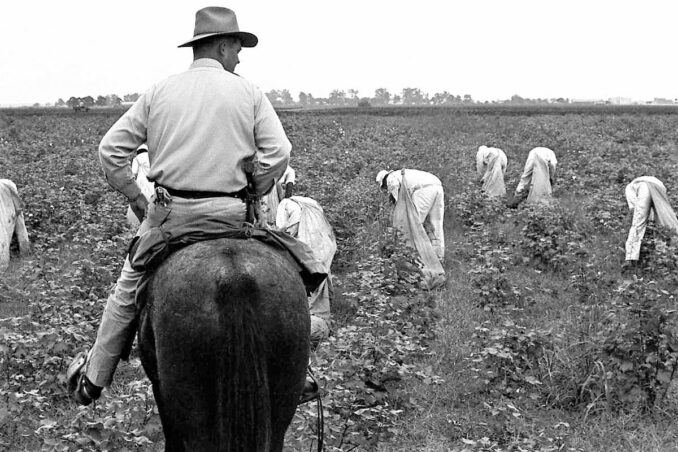 “We’re already stressed out because of the virus. We’ve all had it, and now there are new threats that it’s returning. On top of that, there’s a new warden who is known as ‘the clean-up warden,’ who is preparing for audits and trying to make the prison look good so it can get more funding. And once again, Lieutenant Lopez is having guards write up a disciplinary case every shift, even if they have to make it up.” So wrote a prisoner at the Ramsey Prison Unit south of Houston.

A quota system was imposed at the Ramsey Unit two years ago through a written order that all guards issue at least three disciplinary write-ups per shift. An email ordering the quotas was found by a prisoner and smuggled out and sent to Workers World, as well as the Houston Chronicle and other publications. It was widely reported, resulting in the Texas Department of Criminal Justice changing a policy to expressly prohibit disciplinary quotas.

But now there is reportedly a new, unwritten verbal order from Lieutenant Joe M. Lopez for a write-up every shift, leading to fabricated infractions.

The Ramsey Unit is expecting a PREA (Prison Rape Elimination Act) audit in November and a security audit in December according to prisoners.

“Stress is at an all-time high, and false cases over ridiculous charges — like having a clothesline up to dry our clothes or not wearing a mask, which are only sporadically given out — it’s crazy. We try to keep our clothes clean, washing them and hanging them up to dry. Now it’s illegal unless done during certain hours. We’ve always worn our shorts and T-shirts in the day room, but now if we don’t have on the prison uniform, we’re written up,” a prisoner reported. “This is for the audit, to show that the prison management is strict on enforcing rules.”

According to other reports from prisoners, “Rules are not being followed by staff. A lieutenant is supposed to be on each cell block at least two times a day. This never happens. Guards are supposed to walk each cell block every 15 minutes — also rarely happens.”

The stress of no visits, no recreation time, no craft shop time, of hunger if you have no money for commissary food and now false disciplinary cases is pushing prisoners to the brink. Those who are coming up for parole know they’d better keep quiet. Those whose family live near Houston don’t want to be sent to a prison 500 or 600 miles away. Prisoners who file grievances or just complain have been immediately shipped out to another prison. For this reason, no prisoner names are used in this article.

On a phone call Nov. 16, the problem with feeding prisoners was again described: “We had breakfast at 3:00 a.m. but lunch was 12 hours later, from about 3:00 p.m. until 4:30. Then dinner was just an hour and a half later. This craziness is just more stress.”

Ramsey Unit: over a century of abuse

The Ramsey Unit opened in 1908 and was a huge property consisting of five former plantations. It has had a long and sordid history of racism, violence, brutality and deaths. This continues today. As in all Texas prisons, the guards wear grey and blue uniforms, the colors of the Confederate army.

Texas Governor Greg Abbott has largely ignored the pandemic inside the Texas prison system. The Texas Observer reported May 13 that about 77,000 people were eligible for parole. Another 15,000 people have been approved for release and are waiting for counseling, substance abuse classes or other programs they’re required to finish before leaving lockup — programs that prisoners claim have been delayed during the pandemic.

Last week the LBJ School of Public Affairs at the University of Texas released a report, “COVID and Corrections: A Profile of COVID Deaths in Custody in Texas,” which read as an indictment of the prisons and jails in the state.

These facts from the report explain why Ramsey prisoners and all Texas prisoners would be stressed to the max:

These statistics represent actual crimes against real people — incarcerated workers. In a real peoples’ court, the whole prison and jail systems would be found guilty and shut down for their murders and total disregard for humanity. But that is our job. As the chant says: “What do we want? Justice! And if we don’t get it? Gonna shut shit down!”