Workers World Party Philadelphia joined National Nurses United and the Pennsylvania Association of Staff Nurses and Allied Professionals (PASNAP) in holding a vigil on Oct. 29 for healthcare workers who have died as a result of the COVID-19 pandemic. 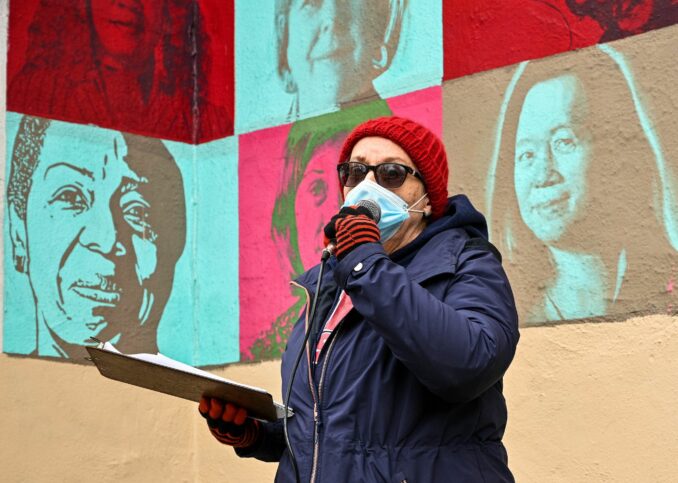 Current and retired nurses spoke about the dangers that the for-profit healthcare system poses to workers,and read the names of over 200 nurses and healthcare workers who have died from the coronavirus.

Marie Kelly, a new member of Workers World Party’s Philadelphia branch, has been a pediatric and home health nurse for decades. During the vigil, she tied the struggle of healthcare workers to the fight against white supremacy and police violence:

“Six percent of adults between March and May who were hospitalized for COVID were healthcare workers. A third of those were nurses or nursing assistants. 27% spent time in ICU and 4% of them died during their hospitalization. A point that National Nurses United stresses is the racial disparity of people who have been felled by the pandemic.

“This pandemic hits hardest on people of color. We know this as nurses, because we know the history of healthcare throughout the centuries. This is nothing new to us. It just speaks to the other injustices we find in this systemically racist system.

“I would be remiss if standing here in Philadelphia this week I did not call out the forceful oppression in response to the protests against the murder of Walter Wallace Jr. by the police. This mentally ill man was gunned down in his neighborhood in front of his mother by the police of this city. And the people in power respond by putting this city under siege by local and state police, and the National Guard. We are under an armed camp.

“As a nurse, I have seen — as all nurses have seen as caregivers and as healers — we have seen, in the delivery rooms, the first time a son is held by his mother. At the bedside, we have seen that mother as an old woman, dying, holding her son’s hand for the last time. We grieve for Walter Wallace Jr. as healthcare workers. As nurses.

“We as nurses and as union members also believe in free speech and the right to assemble. As nurses we should speak out against the abduction by federal forces of Anthony Smith, a well-known activist with REAL Justice in this city. He has been abducted and detained on false charges that are politically motivated to silence him. And we will speak for him. And we will demand his release.