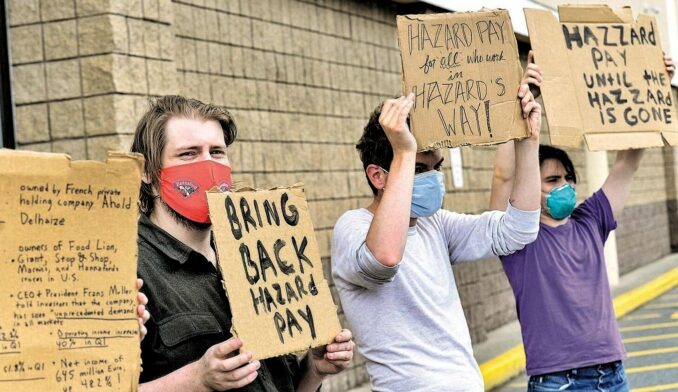 Workers at a Brattleboro, Vt., supermarket walked out June 29 to protest the company’s cancellation of hazard pay related to the COVID pandemic.