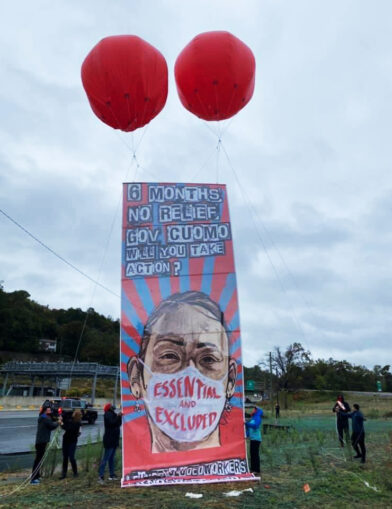 Workers observing Indigenous Peoples Day on Oct. 12. One of their demands is for Governor Cuomo to take action for working families, not billionaires! And to #FundExcludedWorkers