Outrage over the police killing of Walter Wallace Jr., 27, a Black husband, father and son, erupted throughout his West Philadelphia neighborhood on Oct. 26. As news of the incident spread, protests flooded the community’s streets that night and the next day.

The police shot Wallace multiple times on the block where he lived and in front of his mother and neighbors, who frantically urged police not to fire. 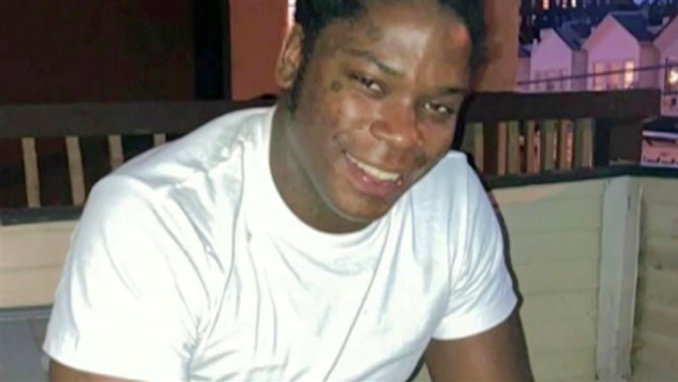 At a press conference outside the family’s home Oct. 27, Walter’s mother, Katherine Wallace described the events leading up to the shooting. The family had called 911 earlier in the day to request medical intervention, because her son was experiencing a mental health crisis. Police responded twice prior to the fatal shooting.

“One of the times, they stood outside and laughed at us. I took my son and walked away. The last time we called, we specifically asked for an ambulance, not police. No ambulance came, but the police who killed my son arrived instead.”

Other neighbors stated that Wallace was on the porch with his mother when police returned the final time. As he stepped off the porch, police immediately drew their guns. His mother ran after him, trying to shield him, telling police he was her son. But as soon as Wallace entered the street and was still at least ten feet away, police fired over 13 bullets. It is not clear how many hit Wallace, who was dead upon arrival at a nearby hospital. There are conflicting reports on whether or not Wallace had a knife.

Workers World spoke with renowned Black activist leader Pam Africa, a neighbor of the Wallace family. “Police were out earlier in the afternoon when his mother reported a domestic incident. They were at the house but left. Then police returned a few hours later. They knew he had mental health issues. Why didn’t they send counselors?” Africa, chairperson of the International Concerned Family and Friends of Mumia Abu-Jamal, is a lifelong fighter against police repression with the MOVE organization based in Philadelphia.

Being disabled and Black are not crimes

Wallace’s father, Walter Wallace Sr., told reporters that his son “struggled with mental health issues and was on medication. Why did they have to gun him down?” At the press conference, Wallace described the agonizing impact of his son’s violent murder: “When you see an execution, you can’t sleep at night. I keep having flashbacks to the multiple shots.”

Wallace Sr. also asked for respect for the family. “I’m not going to deny my son’s mental health situation — but we all have PTSD, especially with COVID.”

Wallace was married with eight children. His spouse Dominique Wallace was scheduled to have induced labor for their ninth child on Oct. 28. One of his older sons addressed the media saying, “My father always played with us. Then a white racist cop shot my daddy, and I’m still mad.”

Shaka Johnson, a lawyer for the family, cautioned against using Wallace’s mental health issues disparagingly. “My client was a mental health patient and was under a doctor’s care. Police were called out earlier in the day, so they knew this. On the last call, the family specified that they wanted an ambulance for medical intervention and not the police. The ambulance never made it, but police did.

“The issue is how officers at the police academy are given badges and taught how to be an assassin. Essentially, they have no other tool for intervention — only a gun. The police department should have a problem with that.”

Johnson contrasted how police reacted to Wallace with how police in Charleston, S.C., treated white supremacist Dylann Roof after he murdered nine Black people in church. The cops bought him a hamburger and gave him a vest for protection.

Demonstrators gathered at Malcolm X Park in West Philadelphia on Oct. 26 and marched to the 18th Police District, a few blocks away. The crowd eventually grew to several hundred and confronted the police into the early hours of the morning. One police car was overturned and burned. One officer was struck by a pickup truck, and several others were reportedly struck by bricks and other projectiles.

Around 2 a.m., police surrounded an SUV trying to turn around, smashed its windows and dragged the driver and another adult passenger from the car and beat them with batons. Police also pulled a toddler from the vehicle’s back seat.

Around 90 arrests were made, with some protesters taken to the 1st Police District, several miles away in South Philadelphia. Videos from the conflict show residents throughout the predominantly Black neighborhood along 52nd St. repeatedly questioning police about their excessive use of force.

Demonstrations throughout West Philadelphia on Oct. 27 brought out around 1,000 protesters, who marched through the neighborhood for a second night. Speakers at an opening rally at Malcolm X Park denounced the state-sanctioned violence against Black and Brown people and called for the community to keep up the fight.

Some of the participants marched toward the police precinct but were stopped by a line of around 50 cops. At one point a truck with a jumbotron on the back, displaying a slideshow of pictures of Wallace, drove up to the police line.

As the protest returned to the 52nd Street business corridor, scores of police started running toward the demonstrators, causing a stampede. Police chased people with batons and used their bikes as weapons, dividing the group and forcing them into more isolated situations. Several people were injured and arrested. At the time of this writing, it is still unknown where some arrestees are being held.  There were 212 people arrested over three nights of protest as of Oct. 28.

At the end of May, the neighborhood where the current protests are taking place had been heavily tear-gassed and pepper sprayed during demonstrations against the murder of George Floyd. While community outrage over that event resulted in promises from police and city officials to hold police accountable, it is now obvious that nothing has changed.

Black activist Kamau Mshale, who lives in the area, spoke at the Oct. 27 rally and asked, “Why haven’t they dropped the number of police and increased the number of social workers and mental health professionals? They don’t want anything to be different. They just want people to shut up.”