Incarcerated people in many U.S. states have been held in small prison cells for up to 23 hours a day since March 2020, ostensibly because of the threat of COVID-19. Imprisoned workers have filed many grievances over the increasingly unbearable conditions, which are nothing less than torture with no end in sight. Dissatisfied with prison officials’ responses, four prisoners at State Correctional Institution (SCI) at Albion in Pennsylvania began a hunger strike around Oct. 21. 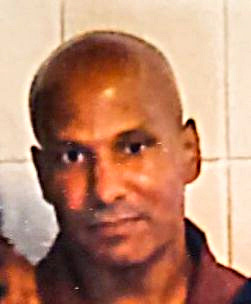 Anthony Gunn, NZ-0280; Mario Torres, NM-9747; Sean Carter, MW-8923; and Demetrius Grant, FY6063, have all refused to eat until conditions are improved. (Numbers are provided as officials will request them when called.)

Grant and other incarcerated people in the Pa. Department of Corrections (PA DOC) have complained for months about not being allowed out of their cells except for one hour a day. In that 60 minutes, they must decide whether to make phone calls to loved ones, take a shower, exercise in the yard or do other tasks.

or educational classes have been eliminated, curtailed or made sporadic. The cafeteria, gym, visiting room and other meeting areas are all shut down. Meals are being delivered to their blocks or cells, in smaller portions and often cold. The severe restrictions have exacerbated already tense conditions.

Grant said, “These restrictions since March are all about shutting down prisoners’ rights. They are a pretext for permanent lockdown and restricted movement, even after the COVID pandemic is ended.”

Denied care and treatment for disabilities

Grant’s situation is made worse because he had knee surgery weeks ago. His postsurgical care and required physical therapy have been sporadic and inadequate, as prison medical staffing has been decimated by COVID exposures. Doctors have said Grant should have a wheelchair, but he has not been given one.

In addition, prison officials are not providing him care or treatment for a back problem and seizure disorders, although the PA DOC Central Office, Bureau of Health Care Services, determined in 2014 that these two medical issues are disabilities under the Americans with Disabilities Act.

Grant has lost 21 pounds since August. In a previous hunger strike Grant had maintained for several months starting in April 2019, prison officials force-fed him and damaged his esophagus. They applied force using a court order from a previous prison, which violated PA DOC reg.13.1.1, Section 8.A.7(f). Grant doesn’t want that to happen again and is adamant about his right to testify at a new court hearing before officials use force.

The DOC unlawfully extended his sentence in 2010 by ten years. By law, only through court procedures can a judge extend a prisoner’s sentence. The PA DOC does not have that power. “My sentence was 22 1/2 to 45 years; however, the PA DOC recalculated it to 32 1/2 to 65 years. I have 28 years in and should have been home years ago.”

The prisoners demand that all incarcerated people be given their human rights to an end to the severe 23-hour lockdowns, adequate nutrition, and proper mental health and medical care/treatment. Grant is also demanding to have his sentence recalculated to reflect the sentence imposed by the trial court.