The following is an edited version of a talk given by Janetta Louise Johnson during the Sept. 24 webinar “Women & Gender Oppressed Prisoners; Survival & Resistance.”  Johnson, a formerly incarcerated Black transgender woman, is the Executive Director at Transgender, Gender-Variant, and Intersex Justice Project. She has been an activist and advocate in the transgender communities since 1997, when she moved to San Francisco from Tampa, Fla.  She survived three and a half years in federal prison and, while inside, fiercely and tirelessly advocated for her rights as an incarcerated transgender person.

Johnson believes that currently and formerly incarcerated trans people without a voice will be people without hope. She will continue to struggle to instill hope and belief in a better future for every transgender person that she can reach. 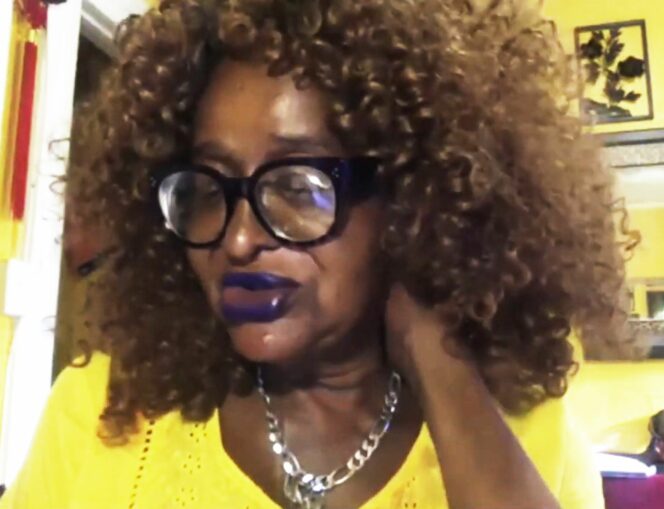 Janetta Johnson: I constantly am reminded of the trauma, the abuse, and atrocities that trans people are currently experiencing inside of custody. We [Transgender, Gender-Variant, and Intersex Justice Project] have a program where we correspond with trans people every Tuesday, which has not exactly been up since COVID-19. We have a staff to address a lot of the correspondence we received.

We just hired a formerly incarcerated trans woman who has been out for about five months. She is one of the legal assistants to our legal director, Alex Binsfeld. And we’ve just been receiving a lot of information from various people on the inside, about the abuse and the trauma and atrocities that the trans people are experiencing.

I’m a firm believer that things [have] only gotten worse, because any type of disease or stigma is always more attached to trans people, and those are my concerns about the safety for trans people.

We’ve received a lot of correspondence through various institutions that we’re very close to. One of them is Mule Creek [State Prison]. We are very connected to there. We’ve received information from the inside that there’s a lot of things going on in Kern Valley [State Prison], and that a lot of needs of the people in prison are not being met.

So we’ve been doing a lot of legal correspondence with people, teaching them how to advocate for themselves to ensure that they are strengthened enough to use their own voice and their own penmanship in order to get their needs met. We’re working on various bills and policy to get people to cut down to 65% of the prison industrial complex, to meet that goal.

We are trying to make sure that trans people are a large part of that population that would be cut and released. We work with the city, county courts, and probation officers to ensure that no trans people will be booked inside the system — that they will come to our organization which is doing things to support trans people inside, and getting them into safer opportunities as they’re being released.

It’s been a lot of work. There’s been a lot of lack of resources or fundings and various things. We have been doing our best, really showing up and creating opportunities and trying to get trans people in more permanent, stable housing situations.  There are so many co-factors that put trans people at higher risk.

‘Reentry must come with a paycheck’

At TGIJP, I firmly believe that Black trans women will welcome anybody here. We’re just doing everything we can to create safe opportunities for people coming directly out of prison. Since COVID-19, we’ve brought on four trans people, who have spent long terms in prison, as reentry staff currently working with us.

Reentry must come with a paycheck. There’s no other way to do reentry, because people don’t have the ability to access reentry opportunities that do not come with a paycheck. Especially with all the different things that were experienced, and movement for Black lives, so many Black trans people being murdered, it’s really difficult. You’re trying to create safety for people on the inside plus create safety for people on the outside.

One last thing that I wanted to raise. I’m a formerly incarcerated Black trans woman. I hate it when people refer to people in prison as prisoners. I really have been talking to our legal director and saying that, I think you need to contact every organization that has “for prisoners” as their name or on the website. We should use a name that don’t forget that we are people in prison.

I was a person that was in prison and served many, many stints of time in prison.  I’ve met so many amazing people in prison. This was the one time in my life that I felt empowered enough not to allow myself to be labeled as a prisoner because I had to look at my value of my worth and my wealth that I have on the inside. I’m not a prisoner. I’m a person who was a prisoner.

As we talk about defunding the police and investing more in communities, that’s more and more people that we could bring in and out of the criminal justice system, and provide them with opportunities that’s needed. And I just always will encourage people that re-entry must come with a paycheck.