Oct. 9 marks what would have been Troy Anthony Davis’ 52nd birthday. He was legally lynched by the state of Georgia on Sept. 21, 2011. Davis was an innocent man, wrongfully convicted of killing an off-duty police officer in 1989. He should have never been executed, let alone held in a cage for so long. Before his death, Davis told members of his family that he wished they would clear his name and end the death penalty altogether. 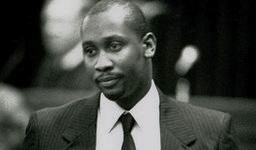 Davis was executed despite no evidence linking him to the crime. In fact, seven of the nine key witnesses later recanted their testimonies, prior to his fourth and final scheduled execution date. Troy Davis was prosecuted by a district attorney in the Georgia county that has produced one-third of the state’s exonerations and 40% of its death row exonerations.

The “justice” system in Georgia and across the U.S. gets things devastatingly wrong so often because it was designed to serve a select few people accumulating property on stolen land.

Federal executions have surged in 2020 from just three people in the last 56 years to seven executions this summer alone. Support and actual use of the death penalty in individual states has dramatically declined over the last decade. The places where it persists are in the U.S. South, largely in states where Reconstruction efforts were beaten back by racist counterrevolutionaries. Texas leads with 570 executions, followed by Virginia, Oklahoma, Florida, Missouri, Georgia and Alabama with 113, 112, 99, 90, 76 and 67 executions, respectively.

The death penalty evolved from the rope to the chair to the needle. It has evolved directly from the conditions of Indigenous genocide and enslavement of African people on this stolen land. The death penalty persists despite it not being a deterrent to crime, despite the legal system getting things wrong so often. And the state does not have the moral authority to kill anyone!

In 2009, a now landmark study concluded that 88% of the nation’s leading criminologists do not believe the death penalty is an effective deterrent to crime. In June 2009, Amnesty International wrote: “Scientists agree, by an overwhelming majority, that the death penalty has no deterrent effect . . . States without the death penalty continue to have significantly lower murder rates than those that retain capital punishment.”

As of 2019, there have been 172 exonerations from death row across the U.S. (Deathpenaltyinfo.org) — a pretty high margin of error when we’re talking about people’s lives.

There are countless more oppressed people currently being held in cages simply for trying to survive. Folks who end up on death row are a small population compared to the nearly 2.5 million incarcerated in the U.S. But now with COVID-19 ravaging prisons, jails and detention centers, more incarcerated people are facing possible death by state neglect.

Whether people committed some “crime” or even some sort of act of violence does not mean that they should be subject to death. How many are incarcerated workers, jailed because they were deemed the enemy of a white-supremacist, hetero-patriarchal, ableist, imperialist empire?

The real criminals, the people who finance endless war and misery, hold the keys to these cages. People like Donald Trump, who publicly called for the death penalty against innocent Black people like the now-exonerated Central Park Five, are part of a larger system of settlers with serious entitlement issues.

The Supreme Court of the United States holds final say on state executions and was granted this power by the same people who actively killed Indigenous people and enslaved Africans. SCOTUS wields the power of the state to continue exploiting in the name of the mighty dollar. They have no moral authority to say who gets to live or die. We will not get justice on their watch.

Justice in the case of Troy Davis would mean that he would be alive and would have never seen the inside of a prison cell in the first place. Since we can’t see that justice be done, we must work to undo all that placed him in the vulnerable position that ended his life. As Troy Davis’ birthday approaches, let us sit with his needless loss and abolish not only the death penalty — but the racist system that enabled his execution. Not one more lynching!