When influential, former property executive Ren Zhiqiang was given an 18-year sentence in China, the Western media were quick to label his imprisonment as due to alleged “anti-communist” activity. The Washington Post, CNN, the Guardian, and the New York Times parroted the same message: that Zhiqiang was imprisoned for being an “outspoken” critic of the Chinese Communist Party (CPC). 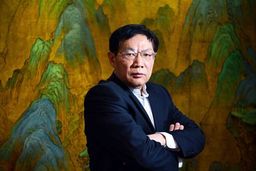 Their claim is that Zhiqiang was detained for publishing a critique of China’s response to COVID. This accusation is unfounded by the evidence generally available.

The logic of the Western media’s accusation can be summarized as follows: “If Ren Zhiqiang critiqued the CPC and was later sentenced, he must have been imprisoned for his critique of the CPC.” There’s a problem with this narrative. The charges brought against him were for embezzlement of an equivalent of $16.3 million in public funds. The accusation of embezzlement has not been disputed, and there is no evidence to suggest that the charges were anything else. Zhiqiang confessed to these charges. (tinyurl.com/yyswjrgd)

All the media outlets mention the charges of embezzlement, and even mention that Zhiqiang confessed, yet the lens of the Western media has distorted and excluded facts surrounding this case, leading to the narrative of him being a “political prisoner.”

The information that the public currently has about this case does not suggest corruption. What we do know is that the Western media have not let up on polemical attacks against China. If they give China any credit for successfully containing the outbreak of COVID-19, the credit is met with a disclaimer of other “draconian lockdowns” and “dictatorship.”

In the U.S. bourgeois media’s eyes every country with different systems and values is a “dictatorship,” even if those countries democratically elect their leaders. By contrast, the U.S. and its allies can sic their police on Black communities and protesters and not be considered authoritarian.

The standard for being labeled an authoritarian dictatorship is arbitrary and self-justifying. Any state that is labeled as a dictatorship is subject to endless attacks, sanctions and criminal charges against citizens in one of those “dictatorships,” which must, because of corruption and repression, therefore be “illegitimate.” Journalists may or may not be conscious of their xenophobic bias towards other nations with different systems. Yet in most cases their editors are.

The fact is that countries building socialism have done far better handling COVID-19. China was hit first and somehow managed to come out of this with under 10,000 deaths. The U.S. government, which was expressly warned about this virus and had time to prepare, has racked up over 204,000 deaths. (CNN, Sept. 22)

The Western media, with their anti-communist bias, cannot fathom how the richest country in the world – the United States – could do so poorly while socialist countries, labeled as “dictatorships,” have done so well. Ren Zhiqiang is the chosen martyr of truth. According to media narrative, he had the spine to speak out about COVID-19 in China. This attack and false narrative against the CPC serves one purpose: to dehumanize, ostracize and attack a nation that is wrongfully feared in this country.