The Sept. 30 presidential debate featured two white men throwing mud at each other in performances a fifth-grade debate team would have found embarrassing. 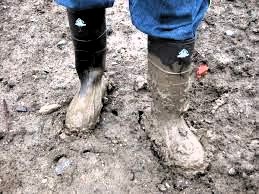 This debate will be remembered for its continuous, cable-news-style bickering and interrupting, which prevented either candidate, and in particular Biden, from expressing themselves at length. It is an open question whether either would have been capable of doing so, had they been given the opportunity.

Neither candidate put forward any proposals to address the multitude of crises facing working and oppressed people in the U.S. – from COVID-19, unemployment, housing and healthcare to racism, police brutality, migrant deportations, environmental catastrophe and imperialist war.

The debate, if one can even call it that, began with an argument over Trump’s right to nominate a judge to the Supreme Court before the election. Little of substance was said, and as expected there was no mention of the Supreme Court as an anti-democratic institution through which the death of a single judge can throw the hard-fought democratic rights of millions into question.

Trump accused Biden and the Democratic Party of wanting “socialist medicine and socialist healthcare.” Biden emphatically rejected this – he had previously made clear he does not support Medicare for All – and proudly stated he had beaten Bernie Sanders. By saying “I am the Democratic Party,” Biden was actually messaging that the Democratic Party will never be a vehicle for progressive change outside of ruling class control.

Both candidates claimed they would provide better healthcare at lower prices, but neither put forward Medicare for All as an obvious solution when the pandemic leaves millions of unemployed workers without employer-based health insurance.

On the pandemic, Biden attacked Trump for allowing more than 200,000 people in the U.S. to die with no end in sight. He pointed out, correctly, that Trump has no plan for the pandemic. But Biden never described his own plan. Incapable of defending his complete failure to address the pandemic, Trump bizarrely claimed it would have been even worse – 2 million dead – if Biden were president.

Both candidates competed to appear the most aggressive towards China, while painting the other as too accommodating. Both argued their opponent was in Russia’s pocket. Trump used racist, anti-China language to refer to the COVID-19 pandemic. All their approach serves to do is build anti-China and anti-Russia sentiment in preparation for new U.S. imperialist wars.

Both fail to condemn white supremacy

Neither candidate expressed support for the Black Lives Matter uprising in the aftermath of the police killing of George Floyd. Both rejected defunding the police, while accusing their opponent of supporting it. When asked about community control of the police, neither candidate even dared a response. Biden acknowledged the issue of police brutality, but his solution was more funding for the police. Biden reduced unending police murders to the action of “some bad apples.” Trump demanded more “law and order,” a classic dog whistle call for racist state oppression. Needless to say, the role of the police as the descendants of slave catchers and enforcers of ruling class power over working and oppressed people was never mentioned.

Tellingly, neither Biden nor Trump could stomach saying “police brutality” or “Black Lives Matter” a single time during the debate. The ruling class fears even naming its crimes.

Moderator Chris Wallace challenged Trump to condemn white supremacist violence. Trump unsurprisingly refused, instead issuing the equivalent of a presidential order for white supremacists to “stand back and stand by.”

Trump’s calls for fascists to “stand by,” that “somebody’s got to do something about Antifa” and “urging my supporters to go in to the polls and watch very carefully” are laying the groundwork for right wingers to intimidate voters, delegitimize the election if the result is not in Trump’s favor, and carry out racist and anti-Left attacks. His comment was actually acknowledged gleefully by the neo-fascist Proud Boys with the social media tweet: “Standing down and standing ready, sir!”

Trump condemned the Left as responsible for people being killed in anti-racist protests. In fact, a recent study showed that since 1994, anti-fascist forces in the U.S. have not killed a single person, while right-wing attacks have killed 329. This figure does not include the thousands killed yearly by racist police. (tinyurl.com/y6hewpuk)

Biden also condemned the rebellions of the spring and summer, saying, “Violence in response is never appropriate. Peaceful protest is, violence is never appropriate.” This offensive liberal nonsense condemns as “violent” those who resist by any means necessary the greatest source of violence in the world today – U.S. imperialism. But of course the ruling class will never praise working and oppressed people for how they resist and overthrow their oppressors.

On the environment, Trump hemmed and hawed about acknowledging human-created climate change, and spouted confused nonsense about fire management in California. He attacked Biden for supporting the Green New Deal. As with healthcare, Biden emphatically rejected a progressive position, putting forward his own far smaller plan. While the Green New Deal can and should be criticized from the Left as an attempt by a section of the ruling class to cash in on “Green” energy technologies, both candidates placed themselves far to the right of that.

The need for people’s self-defense

Perhaps the most ominous part of the debate was the final section on the question of election fraud. Trump continued to lay the groundwork for disputing the validity of the election, while Biden’s response was simply telling people to “show up and vote.”

Predictably, there was no call for mass action or demonstrations in defense of the right to vote, or to smash openly white supremacist forces Trump is gathering in his defense. Biden is aware that any such movement would condemn him also for his decades of service to U.S. imperialism, his support for the mass incarceration of Black people, dismantling of welfare and scores of other reactionary policies he has helped implement.

The debate was also notable for what was not mentioned. The 90-minute event did not include a single reference to the migrant crisis, housing, LGBTQ2S+ oppression or U.S. imperialist wars.

The debate makes it more clear than ever that working and oppressed people cannot rely on either of the ruling class parties. They simply have no answers for us.

Only the organization and struggle of working and oppressed people can defend and expand democratic rights, defeat the move towards fascism, smash racism and lead the way to a revolutionary socialist future, with a society organized to meet the needs of all, instead of the profits of a few.

The inability of either ruling class party to put forward a presidential candidate who meets even a minimal standard of competence is an expression of the intensifying crisis facing U.S. imperialism. The system is increasingly unable to function.

In such times the status quo cannot continue, and a drastic move either further to the Right – or to the Left towards revolutionary socialism – is inevitable.

Given that choice, the need for the working class to intervene independently of the two ruling class parties and move toward the Left is greater than ever.