More than six months after the heinous March 13 murder of Breonna Taylor – a 26-year-old African American emergency medical technician – by three white Louisville, Ky., police officers, a secret grand jury on Sept. 23 charged only one of those officers with three counts of “wanton endangerment.” And this was after four months of investigation. 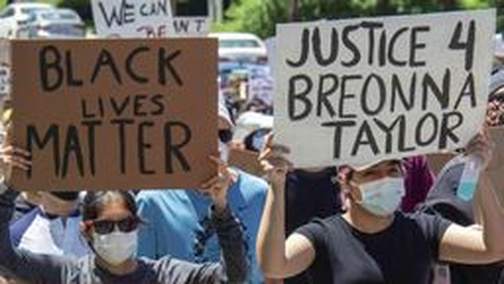 What does this mean exactly? It means that Brett Hankison was charged only with endangering others when bullets he sprayed into Taylor’s apartment traveled into a neighboring unit, threatening the lives of three neighbors. Not one single charge was filed against the other two cops. Hankison is now out on $15,000 bail.

Kentucky Attorney General Daniel Cameron (R) made the announcement, explaining that the three cops were justified in shooting multiple rounds – six of which hit Taylor as she was sleeping – in “self-defense.”  Taylor’s partner, Kenneth Walker, shot at the cops who were carrying out a no-knock search warrant when they broke down Taylor’s door with a battering ram during an ill-advised drug bust. Walker stated the cops never announced who they were, as he tried to defend Taylor and himself.

Civil rights attorney Benjamin Crump commented following the ruling:  “This is outrageous and offensive! If Brett Hankison’s behavior was wanton endangerment to people in neighboring apartments, then it should have been wanton endangerment in Breonna Taylor’s apartment, too. In fact, it should have been ruled wanton murder!” (Washington Post, Sept. 23)

Once the grand jury decision was made public, spontaneous demonstrations by thousands of angry and distraught activists filled the streets in Louisville, New York City, Minneapolis, Philadelphia and elsewhere, calling for justice for Breonna Taylor. Many more protests have been called for the coming days over this travesty of justice.

The fact that not one cop was charged with murder or even manslaughter for taking the life of this young Black woman is but another tragic but important example of why the Black Lives Matter struggle deserves broad classwide solidarity. It took the public lynching of George Floyd in Minneapolis on May 25 to help bring national and international awareness to Taylor’s murder, which had happened more than two months earlier.

Every sector in U.S. society, including sports figures and entertainers, has helped shine a bright light on Taylor: women and men players and coaches in the National Basketball Association, tennis players like Naomi Osaka, and the National Football League, for example.

Police and capitalism are intertwined

Abuses by the police, the courts, the prisons and the laws targeting Black and Brown people like George Floyd, Breonna Taylor, Sandra Bland and countless others are not isolated instances. These institutions reflect bigoted, irreconcilable differences when it comes to race and class.

Under capitalism – a particular form of society that divides people into haves and have nots, the ruling class and the multinational working class – the lives of Black, Brown and Indigenous people are devalued by a repressive state apparatus resting on the centuries-old foundation of white supremacy.

How else can it be explained that a Louisville cop can be held accountable for destroying walls, but not for taking the life of a human being?

Or that a 17-year-old neofascist, Kyle Rittenhouse, can shoot to death two anti-racists in Kenosha, Wis., while the police look the other way – but a 12-year-old Black child, Tamir Rice, can be fatally shot on the spot by police in Cleveland for playing with a BB gun?

The police, the U.S. Border Patrol and other agencies exist to keep social order –  that is, to use any repressive means to protect the private property of the bosses stolen from the collective wealth and labor of the global working class.

This order is why it is so difficult to get justice for the victims of police violence. The laws provide immunity for the police, who act as an armed agent of the bosses against the workers.

The clarion call to abolish the police, not just as individuals but as a militarized oppressive force that is diametrically opposed to the interests of the workers and oppressed, will continue to grow louder. 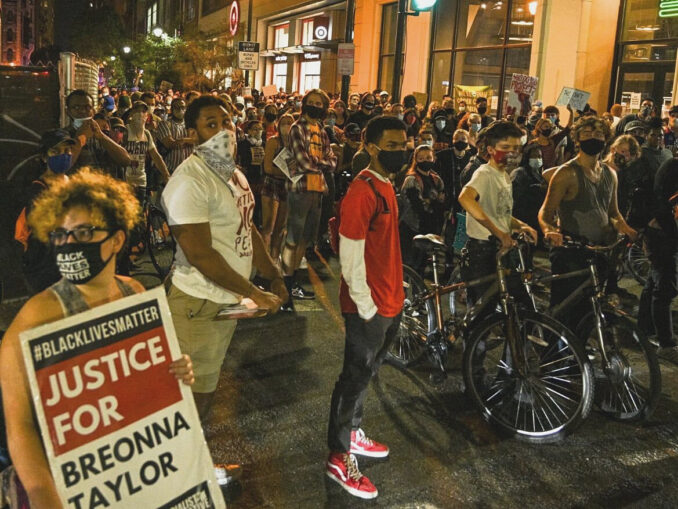 In the end the only way to abolish the police is to abolish the system that has sustained this force since the days of U.S. slavery. And that system is capitalism – a system that prioritizes profits and private property before meeting the basic human needs of the workers, who need jobs, housing, health care, education and much more. Only a socialist revolution can ultimately win these needs – not an election which does not change class relations.

Waging a global, classwide struggle to help empower the working class through workers’ assemblies, workers’ defense committees against right-wing fascists and other sustained, organized formations will win real justice for the Breonna Taylors and George Floyds of the world.