These conditions are creating migrants and refugees who have to stay on the move to survive. To stave off climate annihilation induced by capitalist crisis, priority must be given to Indigenous land stewardship, food sovereignty for the masses, and abolishing debts. 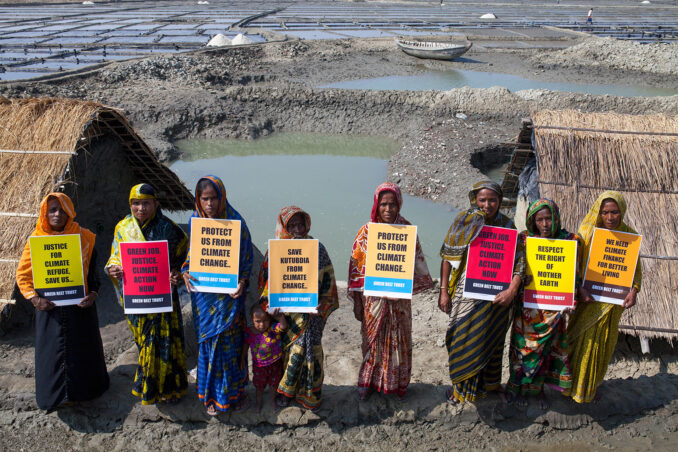 Displaced people, and migrants in general, are falsely blamed for much of the world’s scarcity. But there are more than enough resources to go around to take care of everyone. Scarcity exists because a handful of people own, hoard and amass wealth at the expense of the people who created it. While this small ruling class is the source of much suffering, hundreds of years of individualistic social conditioning in capitalist society obscure the fact that more people are closer to poverty than they will ever be to becoming millionaires.

The violence displaced migrants face includes food insecurity, unemployment, homelessness, and lack of adequate health care, water, electricity, and sanitation, among other issues. During the COVID pandemic an estimated 40 million people in the United States – supposedly the richest country in the world — find themselves on the brink of homelessness and facing many of the exact same conditions migrants face globally.

What the U.S. military does abroad, internal law enforcement like police do to people at home. They will forcibly displace people, whether through armed force or eviction notice, so that the ruling class can perhaps make another dollar.

Also increasingly displacing those living at home and abroad are climate emergencies. Rising global temperatures from capitalist production on stolen land — particularly overproduction and over-reliance on fossil fuels like coal, oil, and natural gas — have led to extreme weather. Wildfires and hurricanes are becoming more and more frequent in displacing the living.

Native people successfully practiced stewardship of these lands for thousands of years with controlled burns and sustainable agriculture. Their forced displacement was also a driving if not the major factor in producing misery in order to profit the few.

Land mismanagement and rising temperatures have led to drier forests and deserts primed for fire and dust storms as well as an increase in heat energy released via hurricanes. Excessive capitalist oil production pollutes and heats up not just the air – which has no borders – but also water and land. Fractured earth, ruined natural springs and aquafers, inland flooding, melting ice and rising sea levels are all “gifts” from colonial land mismanagement.

A recent report put out by Brown University’s Costs of War project conservatively estimates that U.S. wars since 9/11 have forcibly displaced at least 37 million people in and from Afghanistan, Iraq, Pakistan, Yemen, Somalia, the Philippines, Libya, and Syria. This exceeds those displaced by every earlier war since 1900, with the exception of World War II. Other data suggest that the total displaced by U.S. post-9/11 wars could be closer to 48 million to 59 million people.

Deaths from imperial intervention, in addition to direct combat, have been calculated to be as high as 3.1 million, with injured and traumatized folks extending into the tens of millions. (tinyurl.com/CostsOfUSWarOnTerror, Sept. 8)

The greed and violence of a few is hurtling us all toward environmental collapse. More and more of us will find our situations resembling the struggle of migrants globally. There are millions, even billions of us whose collective survival depends on our ability to remake the world. What has been built by colonizers can be dismantled.

Capitalists have been stewards of the planet by force only in recent history. Indigenous peoples were stewards of the land, living in harmony, for thousands of years before all of this destruction. And they know how to do it again.

Abolish private property on stolen land! The earth is a collective space that can provide for everyone’s basic human needs. Given all that we are facing with the many crises of capitalism, there is much work to be done. As long as work is dictated by what makes bosses and the ruling class money, peoples needs won’t be met. And we will see more forced migration and misery. 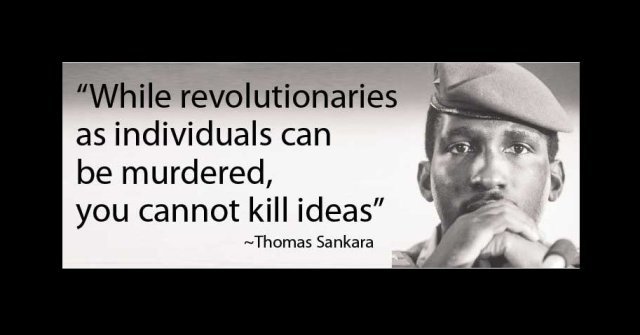 Dr. Amber Murray explains, “The revolutionary transformation of the West African country Upper Volta to Burkina Faso (what is known as the August revolution of 1983) occurred during a previous neoliberal crisis, that of the 1980s African debt crisis. Sankara vehemently and publicly denounced odious debt and rallied African political leaders to do the same.

“Sankara’s politics and political leadership challenged the idea that the global capitalist system cannot be undone. During four years as the president of Burkina Faso, he worked with the people to construct an emancipatory politics informed by human, social, ecological and planetary wellbeing.” (Pambuza News, May 5, 2016)

One of the many successful projects spearhead by Sankara in Burkina Faso included the centering of food sovereignty through a system of agroecology. Agroecology encourages “power-dispersing and power creating” communal food cultivation that enhances “the dignity, knowledge and capacities of all involved” and the regeneration of the environment. (From the documentary “Sur les traces de Thomas Sankara,” 2013) Other successful projects included the planting of 10 million trees across the Sahel as a means of beginning to repair colonial suffocation that made the land more arid.