TikTok, the wildly popular social media app owned by the Chinese company ByteDance, has become one of the primary battlefields in the U.S. cold war against China.

Huawei, ZTE, and other Chinese tech companies have also been targets of sanctions and punitive measures meted out by the U.S. in the past. Recently, the U.S. has tightened the screws in its maximum pressure campaign against China. 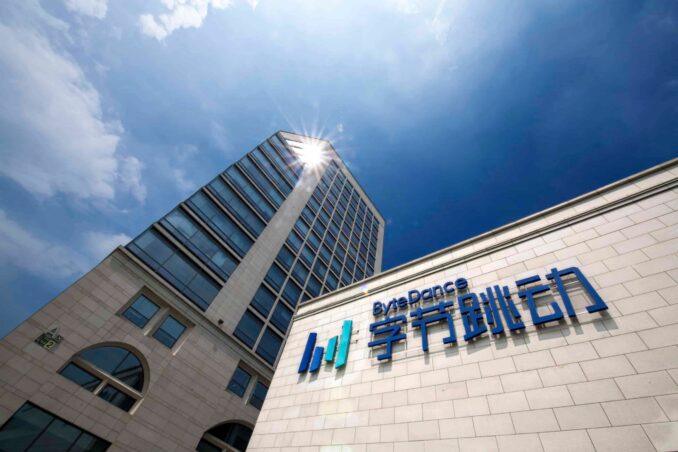 The Commerce Department announced suddenly on Sept. 18 that TikTok’s operations in the U.S. would face more severe restrictions, beginning the following Sunday. TikTok would be removed from app stores so that no new users could download it, and any new updates would be blocked for existing users. The goal of the U.S. is to completely transfer ownership of the app from its Chinese owner to U.S.-based companies such as Microsoft or Oracle.

According to the U.S., this must be done because the app is a “threat to national security,” a charge thrown out perennially to justify such disastrous, unjust measures as the Iraq War, torture, border militarization and the Patriot Act. In the post-9/11 world, “defending national security” has become an all-encompassing project of the state, which marshals vast resources and people in its efforts to secure the domestic and global dominance of the U.S. ruling class.

So what possible threats could a social media app filled with creative, entertaining short videos present?

With pandemic lockdowns driving people indoors across the world, many have found needed distraction and a welcome laugh in the app’s endless stream of videos, produced by big-name celebrities, friends, and random users alike.

TikTok registered a 58% increase in downloads in the first quarter of 2020 over the previous quarter — the largest-ever increase for any app in a single quarter. It doubled its number of downloads in a little over a year. For five consecutive quarters it was the Apple store’s most downloaded app, until Zoom finally broke its streak in the second quarter of this year.

The Trump administration claims that the app is an open door for the Communist Party of China to engage in surveillance, espionage, and interference within the U.S. and its allies. Administration officials and corporate media have referred to Chinese “tentacles” in regard to TikTok — a racist old trope from the days of the Chinese Exclusion Act, which banned immigration from China. That era also witnessed massacres and mass violence against Chinese people in the U.S., many of whom were highly exploited workers who built the first railroads in the rugged terrain of the West.

The Trump administration has never offered public evidence for its claims of “back doors” in TikTok’s source code that would allow Beijing direct access to users’ data. The app gathers less data than Facebook, Instagram, and Google, which collectively have more users. Amazon recently added to its board the former chief of the National Seecurity Agency, Gen. Keith Alexander. Gen. Alexander oversaw the NSA when Edward Snowden blew the whistle on its vast, intrusive surveillance programs that target both the U.S. public and other countries, including such allies as Germany.

Amazon is far from alone in having a revolving door relationship with the state’s surveillance and military apparatus. Facebook’s chief security officer, Max Kelley, left the company in 2010 to work for the NSA. A 2016 report from the Tech Transparency Project found that seven former national security and intelligence officials and 18 Pentagon officials moved to Google, while three Google executives moved to the Department of Defense.

Look for who profits

The real motive behind the U.S. trying to forcibly hand over TikTok to U.S. companies is to enrich investors, who stand to benefit tremendously from a deal that gives them commanding ownership. While the U.S. accuses China of stealing its technology, this is exactly what the U.S. is guilty of doing in trying to steal TikTok. The Trump administration claims that the Chinese government unfairly manipulates its economy to give its firms, many of which are state-owned, a competitive advantage over U.S. companies. Yet now the U.S. government is intervening heavily in order to hand TikTok over to U.S. profiteers.

The U.S. privately owned tech firms will not allow a global competitor to exist, much in the same way that the military-industrial complex won’t allow a challenger to U.S. global military power. It isn’t enough for the U.S. to be a superpower — it must be the sole superpower. Yet the “full spectrum dominance” desired by the U.S. ruling class isn’t a reality. Other countries, such as China, stand up to U.S. imperialism.

A day after the Commerce Department announced it would ban the downloading of TikTok, a quick reversal happened. Trump announced a potential new deal in the works that “will have nothing to do with China” and would transfer ownership of the app completely to Walmart and Oracle. But the deal reportedly gives Walmart and Oracle only a 20% stake, with ByteDance having a controlling share while maintaining ownership of algorithms and keeping control over its key assets.

TikTok was not removed from app stores as announced. Instead, a ten-day extension was announced by the Commerce Department. China’s Global Times reported on Sept. 20 that Oracle will have access to TikTok’s source code and updates to ensure no back doors exist in the app. However, “the new deal reported by the U.S. media is still one imposed on TikTok forcefully without international law or general business rules as the basis.”

The involvement of the Chinese government may have been a key factor in shaping the current deal. If the ban had gone through, China would retaliate by revising its “unreliable entity list” to include U.S. tech companies, thereby opening the legal mechanisms for Beijing to target them. The current deal, with its one-fifth ownership share allotted to U.S. firms, was likely just enough to keep investors satisfied.

The case of TikTok shows that U.S. hegemony is not inevitable and can be combated. While U.S. imperialism desires total control of the world order, it does not always get its way. ByteDance’s hard approach shows that Chinese companies won’t fold under the maximum pressure campaign by the U.S.

In his 1956 piece “U.S. Imperialism Is a Paper Tiger,” the Chinese revolutionary leader Mao Zedong wrote: “Only when imperialism is eliminated can peace prevail. The day will come when the paper tigers will be wiped out. But they won’t become extinct of their own accord, they need to be battered by the wind and the rain.

“… At present, the United States is powerful, but when looked at in a broader perspective, as a whole and from a long-term viewpoint, it has no popular support, its policies are disliked by the people, because it oppresses and exploits them. For this reason, the tiger is doomed.”