Talib Williams spoke from Soledad prison Aug. 29 via a recording, introduced by his spouse Tasha Williams, at the webinar “Black Lives Matter: Justice for Peaceful Black Soledad Prisoners.” Williams blows the whistle on injustice inside Soledad and reaches beyond the walls to report the truth, suffering retaliation from the authorities. He has written three books, including “Annotated Tears, Vol. 2, Soledad Uncensored,” and is a respected imam in the prison’s Muslim community. At the age of 17, Williams received a 50-year prison sentence for defending himself against a man who had tried to take his life. In prison for almost two decades, and up for early parole in 2017 for good behavior, in 2020 he is still waiting for his hearing. For information about how to support Williams, go to Prisoners Solidarity Committee of Workers World Party on Facebook and talibthestudent.com/. Webinar can be viewed at tinyurl.com/yx96lxr9. 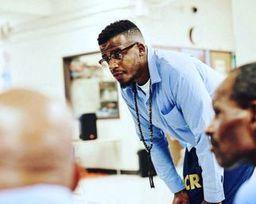 I just want to thank everybody for being there in support of what’s going on right now, support [of us] in an environment where our voices are continually silenced.

I think it’s important for people to reflect on the fact that we live in a society where what we’re experiencing right now at Soledad has been going on. The situation that goes on daily in public, with police-involved shootings and systemic racism in society that cameras record, takes place at a high degree inside prison.

I also want to point out that we’re in a time where I believe that it’s important for us to imagine and inspire people to imagine a world without prisons. Because the effect that prison has on the individuals inside prison is one thing, but the ramifications that continue from what we go through are endless.

And although it may be hard for people to imagine what do we do with people who commit crime, what you gotta realize is that there was once a time where people couldn’t imagine a world without slavery. … It took people to take the chance of committing acts of running away from slavery, in order to get people the ability to have that imagination.