Workers World Party urgently endorses the call for solidarity with six anti-racist activists in Colorado who were arrested after leading mass mobilizations against the racist police murder of Elijah McClain. Four of those arrested are members of the Party for Socialism and Liberation in the Denver area. We want to express our utmost solidarity with all those arrested and salute their work in building this movement. 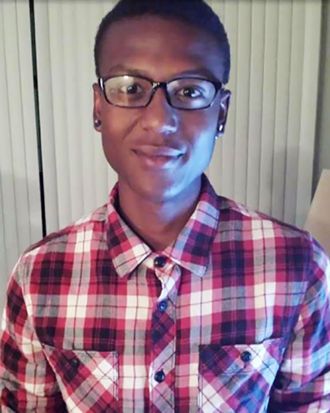 The trumped-up charges — including kidnapping, inciting a riot, theft, and “attempt to influence a public service” – are completely unfounded and outrageous and must be dropped immediately.

This coordinated state repression is a clear sign that the police felt threatened by the fact that PSL and other organizers have revealed enormous and unending injustice carried out by the Aurora Police Department — in particular, the murder of Elijah McClain, a 23-year-old unarmed massage therapist and violinist whose only crime was walking while Black.

This repression in Colorado is part of the alarmingly expanding state repression being carried out against anti-racist movements, coordinated at the very top by the U.S. president and his attorney general. Yet it is also part of a long history of targeting socialist, communist, anarchist and progressive organizers carried out by the FBI, Department of Homeland Security, and state and local police.

The ruling class is getting increasingly desperate in its attempts to crush the Black Lives Matter uprising. The use of chemical weapons, police kidnappings of activists, neofascist paramilitary attacks, criminalizing “Antifa,” and requiring massive bail bonds to release incarcerated activists all show that the state is at war with our movements. The growth of revolutionary, multinational socialist organizations threatens every aspect of the U.S. empire and its billionaire ruling class.

With an election coming and no end in sight for the misery of the working class and all the oppressed, we need to protect and defend each and every revolutionary organization from state repression. Workers World Party believes that an injury to one organization is an injury to our entire class. We will continue to build solidarity with PSL and all forces within this uprising.

No amount of repression can stop a mass movement of the working class fighting for justice. In the words of Black Panther Party leader Huey P. Newton: “You can jail a Revolutionary, but you can’t jail the Revolution.”

We urge all organizations and individuals to:

In Unity and Solidarity,