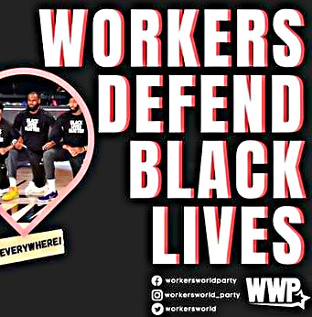 ‘The unions are really the military wing of the working class. If the unions band together to collectively shut down the system – a one-day, 24-hour shutdown – that’s going to send a definitive message that these actions by the police will stop. The people are sick and tired of carrying the burden of white supremacy, of racism, of sexism, of all the different forms of discrimination. We are at a very ripe moment for a major victory if we continue to organize a bottoms-up struggle to change the dynamics of this capitalist system, a grassroots movement that’s going to change the face of the future of this country.’