The following is adapted from a Sept. 11 announcement by GABRIELA Alliance of Filipino Women.

The month of September marks the Filipino people’s victory against the continuation of permanent U.S. military bases in the Philippines. On Sept. 16, 1991, with widespread call and mobilization in the country, the Philippine Senate officially ended the 1947 contract with U.S. naval bases. The removal of the bases showed the strong opposition of the Filipino people against the presence and intervention of the U.S. military in domestic and foreign policies. 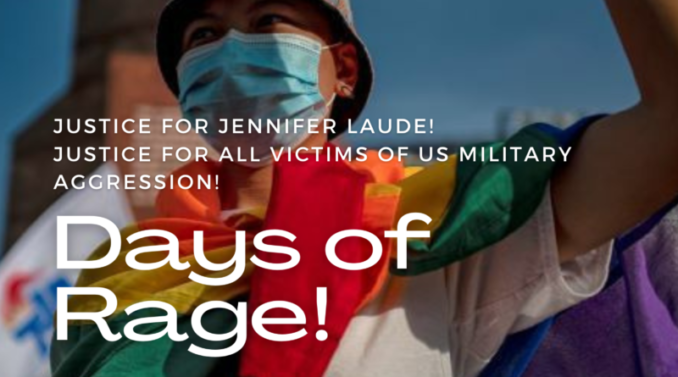 However, the Philippine government’s subservience to foreign powers continued as it later signed in 1999 the Visiting Forces Agreement (VFA) and then the Enhanced Defense Cooperation Agreement (EDCA) in 2014 amid the strong opposition of the Filipino people.

With VFA and EDCA, U.S. soldiers who committed rape and murder in the country went scot free. The latest was on Sept. 7 when President Duterte awarded an unconditional pardon to U.S. Marine Joseph Scott Pemberton, who murdered trans Filipina Jennifer Laude.

Cases of rape, physical abuse, murder and indiscriminate weapons firing are nightmares that will haunt the Filipino people as long as there are U.S. soldiers in the country, and as long as justice is not served for past atrocities. Brutal violence against LGBTQ Filipinos will only worsen under U.S. militarism – we must fight for the safety and protection of all women and LGBTQ Filipinos.

To express our solidarity and our rage against this injustice, we call on our friends and allies to join our online protests on September 11 and 16.

To participate in the Sept. 16 action  (10 a.m. Manila, 7 p.m. LA/Vancouver) please register at forms.gle/UDV5yFTUt3UHXguP9. Our calls: U.S. Out of the Philippines! Junk the Visiting Forces Agreement! Junk EDCA! Justice for Jennifer Laude and all victims of U.S. military abuses!

What you can do: 1. Hold actions in front of Philippine embassies and consulates in your countries. 2. Write letters of protest and send to Philippines embassies/consulates in your country, with CC to GABRIELA.  3. Protest on social media using the hashtags: #USOutOfThePhilippines  #JunkVFA #JusticeForJenniferLaude  #DefendFilipinoWomen. Tag @gabrielaphils and @gabriela.usa.  4. In the U.S., support the Philippine Human Rights Act.  5. Join upcoming actions on Sept. 21 as we mark the anniversary of martial law in the Philippines.