Below is a slightly edited talk by Monica Moorehead at the Workers World Party webinar on Sept. 3 on “Save the people’s post office.”

Voter suppression is an issue I have both personal and political knowledge of. I was born and raised under segregation in Alabama. Black and white activists were beaten, jailed, water-hosed and lynched to insure this basic democratic right, which was both won during and lost after Reconstruction post-Civil War. It is a right that most whites have had since 1920, when mainly white women won the right to vote. 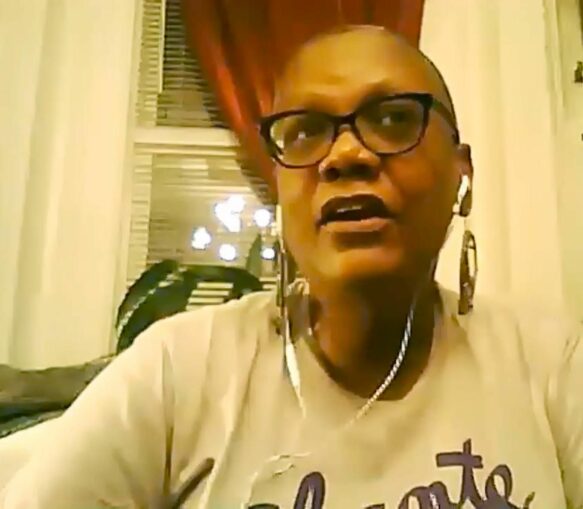 When the Voting Rights Act was passed in 1965, I saw firsthand as an adolescent this right guaranteed to my mom at age 39, her mother at age 65 and her grandmother at age 85. This was won through blood, sweat and tears and is still dearly cherished today by the most oppressed.

Despite the fact there is no fundamental class difference between candidates from either big business, pro-war capitalist party, Republican or Democrat, this doesn’t diminish the duty of revolutionary socialists to defend any bourgeois democratic right that whites have been privileged to have — like the right to vote — if we hope to build class unity for a socialist future.

Voting is tied to the right to self-determination. The right to vote is more than pulling a lever every four years. During Reconstruction, newly freed Black people could, for the first time, have political representation in state legislatures in the Deep South, establishing basic services like education. The counterrevolutionary defeat of this radical period ushered in a period of white supremacy in the forms of semi-slavery, repressive penal codes, the KKK, Jim Crow and — yes — voter suppression.

The social impact of voter suppression is still felt today, in so many ways, and not just for Black people. For instance, in 2013 WW printed an article by Ben Carroll on restrictions on voting rights in North Carolina, known for its notorious “right to work” — meaning the right to nonunion labor laws for workers. Here is a brief summary from this article:

“North Carolina Gov. Pat McCrory signed into law on Aug. 12 a sweeping anti-voting rights bill that attacks the basic democratic rights of people of color, youth and other members of the working class.

“As voter ID bills sponsored by the American Legislative Exchange Council (ALEC) make their way through many state legislatures, the recently signed bill in N.C. has earned the distinction as the most severe voter suppression law yet passed in the U.S.

“In a blow to young voters, it does away with preregistration of 16- and 17-year-olds and invalidates school IDs as a valid form of identification. Additionally, it empowers vigilante poll observers to challenge other voters’ eligibility.

“Many of the provisions of the bill attack measures, such as Sunday voting, same-day registration and the early voting period, which have been utilized overwhelmingly by Black, low-income and elderly voters.”

Members of the Disability Rights Caucus of Workers World Party wrote of an attempted attack on the Voter Accessibility for the Elderly and Handicapped Act of 1984, when a Georgia County Board of Elections proposed to close seven out of nine accessible polling places. While this proposal was defeated, it is important to note that rural Randolph County in 2018 was 61% African American with one of the seven precincts being 95% Black, with no public transportation.

Millions of disenfranchised people in the U.S. have been denied the right to vote: Black people, undocumented migrants also denied the right to health care and drivers’ licenses for work, prisoners and former prisoners — many of whom have lost this right forever due to incarceration, young people and others. These are millions of people who need class solidarity, not to be lectured on the limitations of voting, especially with white-supremacist Trump trying to close down post offices in primary communities of color, to squash voting rights.

Our 2016 election campaign statement emphasized — when so many young people gravitated to the Bernie Sanders campaign — and much remains true four years later: “A capitalist election can be a barometer of progressive mass sentiment, whether voters reject a war-making president or vote in a person of color.”

However, a barometer is not an instrument by which to effect change; it only measures change. To really make change happen, you need more than a barometer. You need an instrument of struggle.

After the massive Civil Rights and Black Liberation movements defeated segregation, Black people began entering the electoral arena. Many times a majority of voters, including some whites as well as people of color, have chosen African Americans to represent them in various public offices, finally reaching as high as the president of the United States. This is certainly a step forward from the days of open segregation in the South and the refusal of the Northern establishment to allow more than a token few Black people into political office.

Yet even in cities that have had Black elected officials — like Detroit, Baltimore, Cleveland, Flint and Newark — racism continues and even deepens in housing, jobs, wages, education, rates of police murders and incarceration, etc. These cities struggle just to provide the most basic services, while the banks and real estate interests profit off the people’s misery.

Even as political concessions have been made to mass struggles for democratic reform, the obscene gap between rich and poor has widened. That gap also intensifies national oppression, as the poorest are disproportionately people of color.

New movements are gaining strength outside the electoral arena — especially the militant movement against police murders. Workers World Party sees the pressing need for a working-class, revolutionary socialist program that will endure after the elections are over, regardless of who wins office. We need a movement to not only reform or soften capitalism, but get rid of it.

Socialism is not just capitalism with government controls; it is an entirely opposite social system. It is based on the working class taking power and liberating the means of production from the stranglehold of capitalist ownership, so economic life can be planned to meet human needs, not to profit a few.